If you have been on the inter-web recently you might have seen the exciting news that a new Ghostbusters movie is in the works by Sony.

According to reports, filmmaker Jason Reitman has secretly been working on a new Ghostbusters movie.  Reitman will direct and co-write the film which is set in the world that was saved previously by the original Ghostbusters in the original 1984 movie, which was directed by his father, Ivan Reitman.

“I’ve always thought of myself as the First Ghostbusters fan, when I was a 6-year-old visiting the set.  I wanted to make a movie for all the other fans,” Reitman says.  “This is the next chapter in the original franchise.  It is not a reboot.  What happened in the ’80s happened in the ’80s and this is set in the present day.”

And guess what?!  There is already a teaser out!  Watch below!

According to Entertainment Weekly, it is still too soon to have a plot of the screenplay, who the characters will be and if any of the original actors will be a part of the third installment, but damn we can sure hope they are!

“This is very early, and I want the film to unwrap like a present.  We have a lot of wonderful surprises and new charters for the audience to meet,” says Reitman.

“I love everything about it.  The iconography.  The music.  The tone,” Reitman says.  “I remember being on set and seeing them try and out the card catalog gag for the first time when the library ghost makes them come flying out.  I remember the way they killed Stay Puft and I brought home a hardened piece of foam that just sat on a shelf for years.  I was scared there was a terror dog underneath my bed before people knew what a terror dog was.”

Sony Pictures has dated the film for Summer 2020.

(Visited 185 times, 1 visits today)
Share this with your friends! 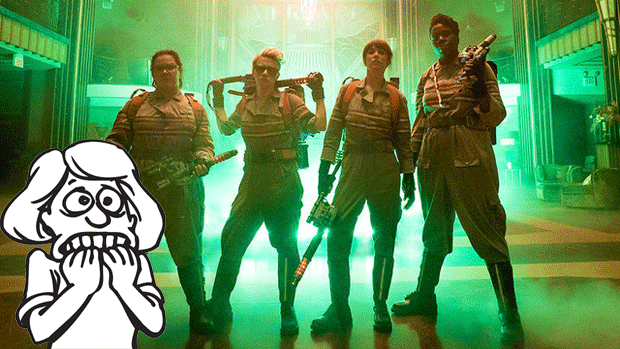