Behind The Shadows: Phelps General Store

It feels like year after year our world accelerates faster and faster towards the future. With new technology comes newer and larger buildings and infrastructure. It is undeniably awesome to watch the advancements of our civilization, but due to these advancements we are quick to demolish and forget our past. It is becoming harder and harder to find true historic buildings left behind from a forgotten time. Fortunately, through the kindness of their caretakers, we have a handful of structures that allow us to briefly take a trip back in time. 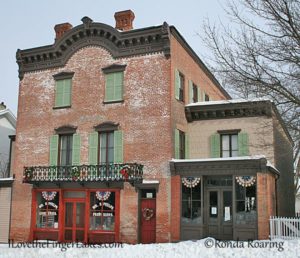 The Phelps General Store was constructed in 1826 and has been passed down multiple times to different owners. The structure has stood as a boarding house, bakery, tavern and its final incarnation the Phelps General Store. Being the final owner of the building, Julius Phelps closed the general store’s doors in 1940 where it would stay untouched for decades. The general store has since been preserved and operates as a museum displaying a more simple time from the past. 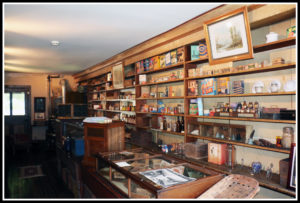 Having such a diverse history, it is not surprising that the Phelps General Store has had its fair share of paranormal phenomenon surrounding the museum. Lets join the Greater Western New York Paranormal Society while they investigate this amazing preserved piece of history.

Behind The Shadows: The Pierce Arrow Complex