The story begins in a graveyard located in the city of Las Cruces. A family was becoming irritated with items such as toys and personal items going missing from their late son’s gravesite. Wanting to catch the culprit, the family decided to put up a camera to determine who was taking the items. Upon review, the family was shocked to find that the image of a young girl was captured on their camera.

The image of the young girl was clear as day, showing her nealing down, looking at a neighboring gravesite. Being concerned that a toddler was wondering the cemetery alone, they found the people who owned the gravesite to see if they knew anything about the child. Upon viewing the image, Faviola Rodriguez broke into tears claiming that the little girl was her daughter who has passed on, Saundra Gonzales. 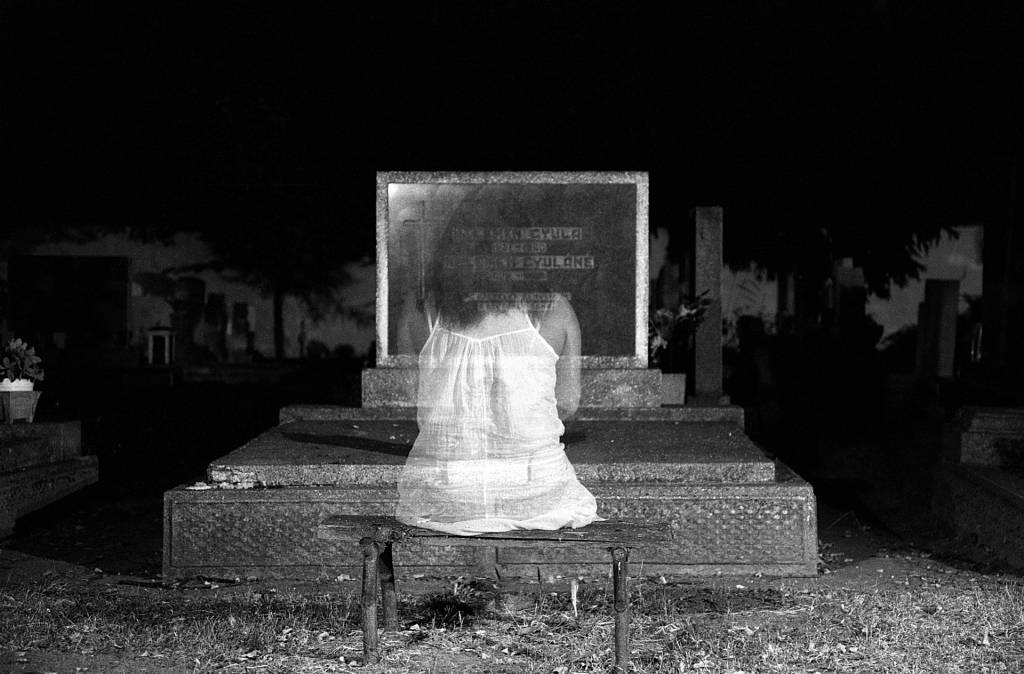 There To Help Others Pass?

The mother of the young girl who had passed two years ago was certain that the photo captured the ghost of Saundra. Another image was captured, showing the young girl holding hands with another figure. While the girl’s appearance was clear, the larger figure was almost transparent, just showing dim outlines. The mother of the girls believes that her daughter was there to help the soul of the other person to pass on to the afterlife.

Although the death of a child is nothing but heartbreaking, this story gives the family a silver lining to believe that not only is their daughter still with them, but she is helping others in their journey from our living world to the great beyond.

I am not sure if the family continues to monitor the site, or if they have decided to take the camera down, but I would love to see if the family is able to capture more images of the late Saundra Gonzales.