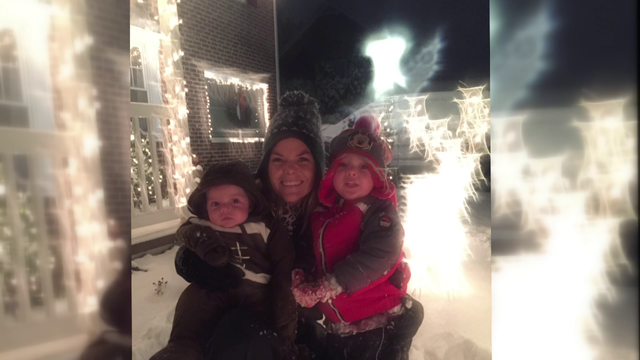 A ghost photo has been circulating the internet claiming to have captured a ghost in a family photo. The photo captured a lovely holiday scene of a mother and two children enjoying some Christmas cheer. After reviewing the photo Tricia, the mother in the photo noticed a strange ghostly image in the background.

Tricia is quoted as saying, “At first, I was a little freaked out by it. A little creepy but then  I woke up my husband like, ‘Hey check this out.’ He’s half awake and he says, ‘It looks like Kung gu Panda. ‘my son’s favorite movie.”

Immediately upon review of the images, it is clear that the image is created by the light being emitted from the Christmas lights. The face of the “ghost” is so unbelievably goofy, we think the odds of creating such a hilarious face is probably more difficult than actually capturing an image of a real ghost.

To close the story FOX29 reached out to a “paranormal expert” to comment on the image. John Levy, the founder of Olde City Paranormal commented, “It was a really cool picture, but what I see out of it is what we call the matrixing effect and you can get that like if you’re taking pictures of fully blossomed trees, maybe some dirty windows.”If you look to the left around the lights around the window you almost see the same kind of little glare from the lights.”

We send a round of applause to John for saying it how it is. Props bro…

Six Movie Sets That Are Said To Be Cursed