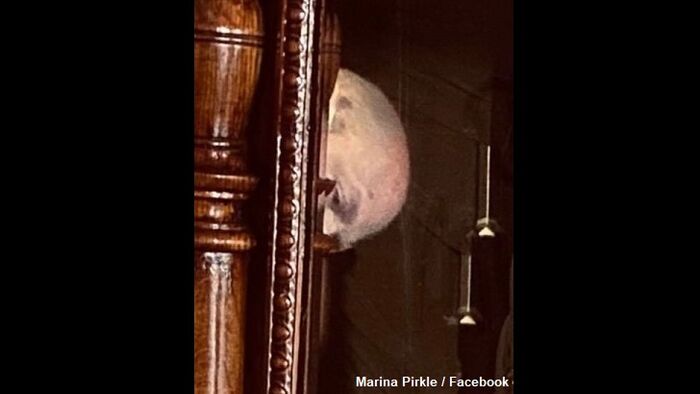 A picture was recently captured of an alleged ghost who seems to be playing a game of peek-a-boo. The picture was taken at the Stanley Hotel which is infamous for its hauntings and was feature is Stanley Kubrick’s The Shining. While the lore of the hotel is haunting, this image does stand alone in sending chills down people’s spines.

Is That Uncle Fester?

At first glance, the image looks as if a bald man is peeking a look from within the mirror. Two eyes, a nose, and a balding head are all clearly present in the image. What makes the image even more bizarre is that it seems as if the man is completely horizontal than leaning in to take a look at the hotel’s visitors. The mirror itself has its own lore with claims that rarely you are able to get a glimpse of someone looking back at you from the other side.

“The image was posted on Facebook by a Marina Pirkle who stated the following. “This was taken tonight by one of my guests on the spirit tour

“This is the ‘portal’ mirror in the basement of the concert hall where people often see glimpses of other dimensions.

“You can clearly see a face peeking around the side there.” 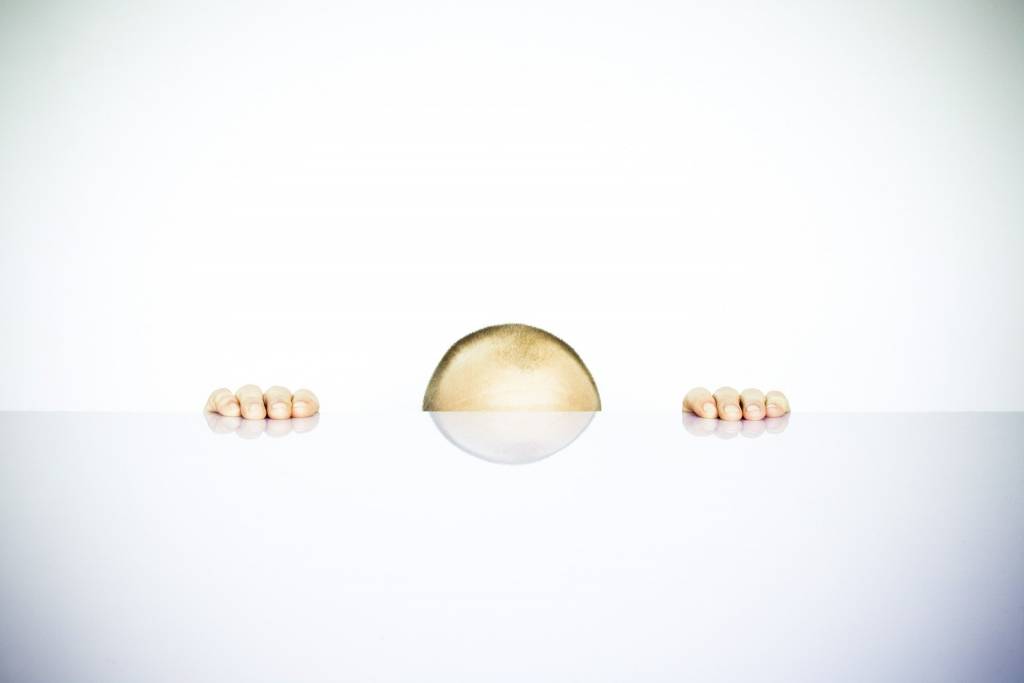 Anything But A Bald Man?

The image of the bald man seems to be clear as day, but are there some other explanations as to how the image appeared?

Some people are claiming that the image is of another person involved with the tour who happened to get caught in the photograph. I would normally go with this type of explanation, but the angle of the man’s head is so strange. I find it hard to believe that anyone could have been caught at this angle without having climbed on top of something.

A more logical conclusion is that this is a clear cut case of pareidolia. This phenomenon of seeing faces in everyday objects could explain the bizarre and undeniably creepy image captured at the Stanley Hotel.

We will likely never know the answer to whether the photograph is paranormal or not, but I hope this inspires more people to try and get a glimpse of another dimension within the infamous mirror.

Photo of Alleged “Ghost” In Ancient Castle Continues To Be Discussed For Years.