How Can You Claim This Is A Ghost?

When choosing to write these articles, we come across A LOT of media claiming to have captured paranormal activity. To be honest most of them I skip over, but every now again we come across something interesting — this not one of those instances.

During my search, this story continued to pop up for weeks. Having finally caved, I decided to write an article explaining how we should not be claiming evidence like this to be paranormal. To give everyone some background, this image captured by a self-proclaimed urban explorer name Dean Simons. While documenting his experiences in South Wales, the explorer took this picture at an old World War Two structure. After looking through his pictures, Dean was terrified by what he thinks to be a ghost in one of his photos.

According to the Wales Online article, after research was performed a plane crash causing death did occur during a practice dog fight in the past.

When asked Dean stated: “I would never go back to the decoy site even if I were paid, I truly think what I caught one camera wasn’t good and didn’t want us there because that pale white face and black hair will stay with me for a while.” 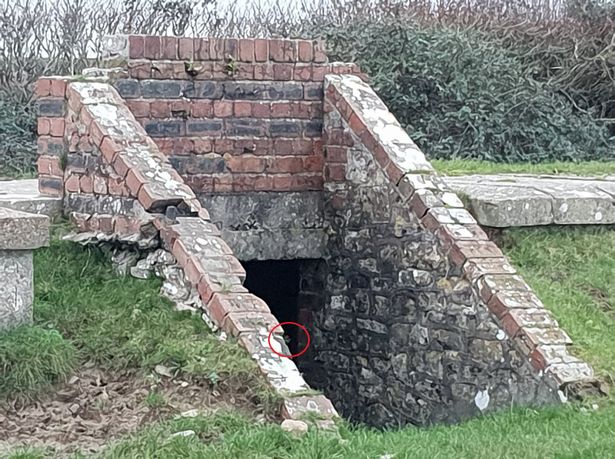 I want to start by stating that I do believe Dean thinks he captured a ghost in his photo. Honestly, he may have, but with a such an unclear image it is ridiculous that so many publications have claimed it to be paranormal. The crew over here at Paranormal Warehouse have posted some dicey evidence, but we always try and discuss a range of possibilities. I think it is ok to post these sort of things, but we should all probably take a chill pill and have actual discussions before we go claiming anything.