We all love a good paranormal investigation, right?  Especially when you are done and you realize you caught some great evidence!  This is what happened with the Indico Paranormal Investigations team on October 5th!

The Indico Paranormal Investigations team had their paranormal equipment set and ready to go and the Gloucestershire Mansion did not disappoint!

The Woodchester Mansion is considered to be one of the most haunted locations in the UK.  That seemed to be the case on the night of October 5th.

Sadie Forth, one of the investigators on the team told GloucestershireLive that they some captivating EVPs on their recorder in the cellars at the mansion.

“Becky the other investigator and I caught a great EVP.  Becky heard a loud noise like a woosh in her ear.

“She came running towards me terrified.  Then I felt someone with their finger pressed up against my shoulder and run down my arm.  Becky was terrified to the point where we had to put the lights up.”

“We didn’t notice this on the footage at the time, but I came across it when going through footage ready for our documentary episode called Paradox Prodigy.”

“We managed to capture a picture of a ghostly figure on camera which we are really pleased about.”

The ghostly shadow figure can be seen in the picture below.  It looks like a dark figure at the end of this long hallway in the mansion.  Can you see anything? 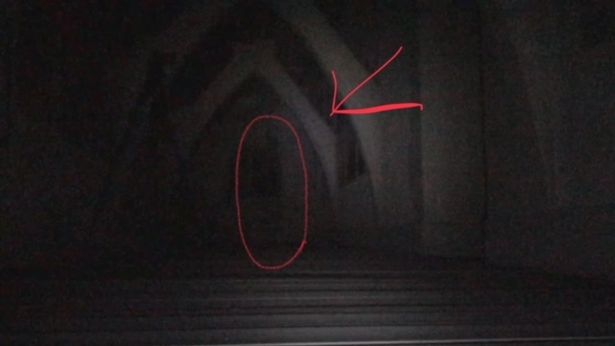 (Visited 336 times, 1 visits today)
Share this with your friends! 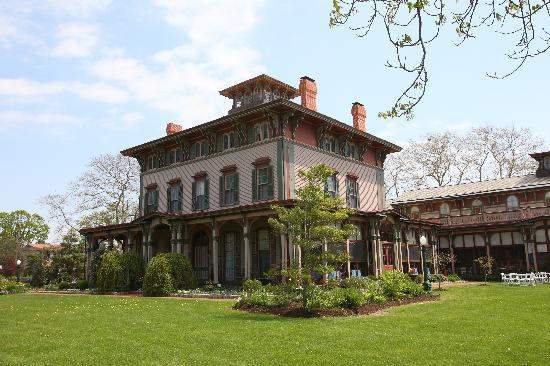