“The Lowe Files” Good or Nah? 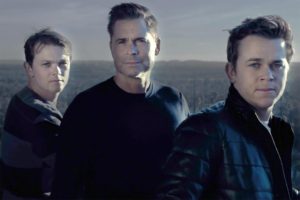 When I started the episode, I wasn’t really sure what to expect.  I think I was automatically thinking this is going to be exactly like all the other shows.  The first episode did start off a little slow with Rob Lowe and his two sons Matthew and John driving to Preston Castle in California.  As they are driving, they begin to talk about the castle and the history and all of the bad things that have happened there.  So far, this is right on board with every other show.  On their way to the castle, the guys were hungry so they stopped at a local donut shop.  This is where the show lost me for a bit.  As they were buying donuts, a small crowd gathered outside the shop and as Rob Lowe came out, he began to take pictures with everyone and I guess show the viewers how big of a star he actually is… 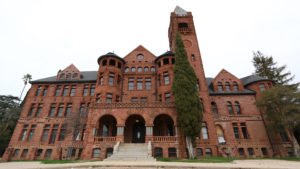 After that unnecessary segment of the show, I was now waiting just for the next ridiculous thing to happen that has nothing to do with anything other than he is a big star now investigating the paranormal.  When the guys got to the location, Rob Lowe called his Shaman friend John to join them for the investigation.  When John arrived, they went over the equipment they would be using for the investigation and what each piece does.  I found this to be helpful and also show how these guys are new to this field as well.  Rob does admit they are “idiots” when it comes to this stuff.  The only issue I had was that they definitely showed how much they didn’t know because while holding the Spirit Box, they were calling it an Ovilus and explaining what an Ovilus does instead.  I will admit, later on in the show they did correct themselves.

The investigation begins and I am optimistic at this point but I ended up getting a burst of shock and awe when they began.  To start, as they come back from commercial, on the screen reads “What you are about to see is 100% authentic.  Nothing has been staged for television.”  Which I found to be a HUGE statement to the viewers watching.

As they began to walk around the castle with their equipment, the Ovilus began to spit out words.  Now, as a side note, when Paranormal Warehouse goes on investigations we no longer use the Spirit Box or Ovilus for personal opinions on how they work or more so on how no one knows how they work.  Therefore, when the Lowe family starts getting responses to their questions on the Ovilus I was pleasantly surprised at the reaction of John, one of the sons.  John begins to say that there is basically not merit to this machine spitting out words every 30 seconds.  He then proceeds to say that as this piece of equipment is spitting out words, that everyone else is basically creating this narrative that forces it to make sense within the situation.  I was hooked from that point forward!

The rest of the show, the group splits up and begin to investigate different areas of the castle.  There was some intriguing possible paranormal occurrences taking place.  You even got to witness the well known ball moving on it’s own paranormal activity.   At the end, they sit and talk about their experiences but don’t really show any other evidence they may have caught throughout the investigation, which I feel is on the same page as the other shows for the most part.

Overall, I am intrigued by “The Lowe Files”.  I look at it as unconventional compared to the other popular paranormal reality shows out there right now.  The fact that one son is more optimistic and the other more into the science aspect is a good mesh, while Rob Lowe is just there for the ride it seems.  Also, the fact that they admit that they don’t fully know what they are doing and they are just looking to go on these paranormal adventures, gives the viewer a sense of these guys being real and there to just have fun.  The rest of the season looks to be just as interesting with episodes dealing with alien bases and bigfoot.  I’ll keep watching and you should check it out too.  Let us know what you think of the show in the comments below!

What do you think of the Motel Haunting?

omg,i just watched the first episode of “the Lowe files”,i loved it!an intreging new twist to paranormal investigation like nothing seen before.I was very impressed with the way the show was done.They are skeptics going in and just trying to uncover the truth.i am a big fan of paranormal investigation shows and i can tell you this is one of the most impressive i have ever seen..I really hope everyone gets a chance to see it..fabulous!!

How many Lowe’s could Rob Lowe rob if Rob Lowe could rob Lowe’s?