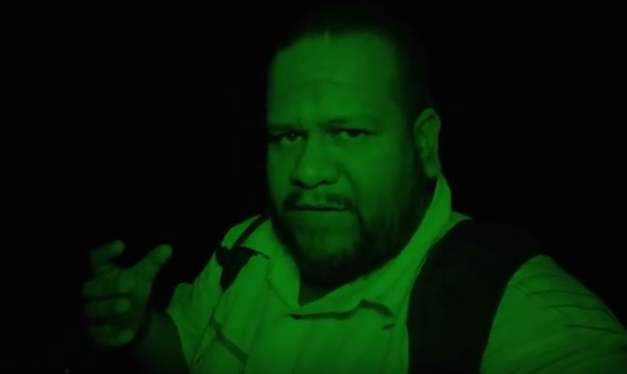 Paranormal investigator, Xaver Hunter, has claimed to have made communication with the other side. During an investigation in Lake Mead Nevada, Xavier captured and intelligent EVP on his voice recorder.

While attempting to communicate Xavier asks if anyone is near him. After reviewing the recording, the name “Carol” can be heard on the recorder.

Xavier said the following about his experience.

“Over the past decade, the park has had a higher number of homicides than any other national park service.

“So it comes as no surprise that many hikers have heard and seen apparition and spirits of those who have become trapped between this world and the next.

“I narrowed it down to the old train tunnels that are no being used as a hikers’ trail.

“It is in this area where people claim the dead bodies have been found and where the apparition of a woman has been seen wandering at night.

“Some people claim she can be heard humming or singing as frightened hikers pass underneath the train tunnels to reach the other side.

“I specifically chose that day since I knew there would be a minimum amount of hikers, if any, at the trail.”