If you are in the market for some ashes of a dead cult leader/ murderer, we’ve got some exciting news for you… Charles Manson’s grandson, Jason  Freeman, has put the murderer’s ashes up for sale!!

According to RadarOnline.com, Freeman and an associate had come to terms on a deal with a memorabilia collector to sell part of Manson’s ashes along with a yellow rose which was on the casket before he was cremated on March 17th.

This is a little over the top, but at the same time you have people like Zak Bagan’s that would probably jump all over the chance to have the cult mastermind’s ashes in his ‘Haunted Museum”. 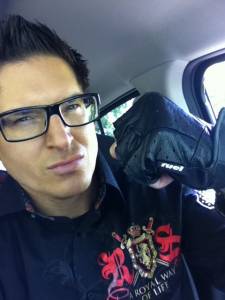 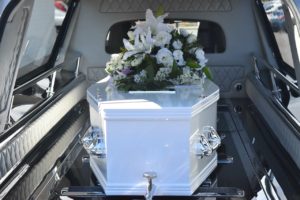 Stoner Van Houten, who is a part of Manson’s camp and appalled by Freeman exploiting the situation said this about the sale, “People collecting Charles Manson stuff is fine, but buying up his actual body?  That’s too much.  This was a black-alley deal, selling the man himself.”

“It doesn’t shock me that this is happening, but Freeman is very gullible and very naive, so he’s easy to take advantage of.”

People in Manson’s camp are also concerned about the documentary being made and led by Zak Bagan’s from Ghost Adventures.  The crew has been following Freeman, and his camp believes he is just being paid to make his death into a huge money-making TV or movie spectacle.

Mike Brunner who is believed to be Manson’s biological son withdrew himself from legal proceedings over Manson’s estate but had this to say in a message to RadarOnline.com about Freeman and the selling of the ashes:  “I decided to get involved when the talk of selling ashes, tattoos, pictures and video started up.  I didn’t want any attention; I just wanted some control to protect my father.”

The message also went on to say how Freeman wanted an open casket funeral for Manson so that he could get photos to sell and demanded the ashes be spread on a nearby hillside, inside of in Death Valley as Charlie Manson had asked for because it was better for the film crew…

I’m sure we haven’t heard the end of this family drama.  According to RadarOnline.com, three separate will have been produced along with some claimants including Freeman, Brunner, another apparent grandson, Matthew Robers and the memorabilia collector Michael Channels.