Recently, I was sitting with a friend in my living room and enjoying a couple of beers.  He knows I am a part of ParanormalWarehouse.com and how much I am into the world of the paranormal.  The interesting topic, “This Man” came up in conversation.  My friend had heard about this phenomenon randomly on facebook somewhere.  He began to tell me how a wide range of people from all over the world began to have different dreams with the same man appearing but these people don’t know each other and are from all over the world.  He told me there was a site called ThisMan.org.  This sparked my interest and I began to look into it.

The first thing I read is how the phenomenon was realized in a psychiatric hospital in January of 2006 in New York.  A patient tells her doctor that a man has been appearing in her dreams and giving her advice in her private life but swears she has never met the man in her life.  The doctor has her draw a pictures of the man in her dreams.  A few days have passed and some other patients came across the drawing of the man and began to talk about how he has been appearing in their dreams as well.  The doctor was curious and began sending out the pictures to other doctors in other hospitals.  Within a few months, four other patients from hospitals recognize the man as someone that has been reoccuring in their dreams.  All the patients begin to call the man, “This Man”.  From January 2006 to today, according to the site ThisMan.org, over 2000 people from all over the world have claimed to have seen this man in their dreams.

According to ThisMan.org, there are also some theories to support why this might be happening.  ThisMan.org list the theories as follows… 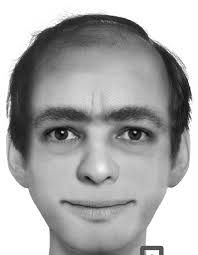 Several theories have been developed to explain the mysteriously recurring presence of this man in the dreams of different people who are not related in any way. The following theories are the ones that elicit the greatest interest among the dreamers themselves.

ARCHETYPE THEORY
According to Jung’s psychoanalytic theory, this man is an archetypal image belonging to the collective unconscious that can surface in times of hardship (emotional development, dramatic changes in our lives, stressful circumstances etc.) in particularly sensitive subjects.

RELIGIOUS THEORY
According to this theory this man is the image of the Creator, that is to say one of the forms in which God manifests himself today. This is the reason why his indications and the words he utters during the dreams should be decidedly followed by the dreamers.

DREAM SURFER THEORY
It is the most interesting theory and the one that has the greatest implications, but it has also the lowest scientific credibility. According to this theory this man is a real person, who can enter people’s dreams by means of specific psychological skills. Some believe that in real life this man looks like the man in the dreams. Others think that the man in the dreams looks completely different from his real life counterpart. Some people seem to believe that behind this man there is a mental conditioning plan developed by a major corporation.

DREAM IMITATION THEORY
This is a scientific psycho-sociological theory which claims that this phenomenon has arisen casually and has progressively developed by imitation. Basically when people are exposed to this phenomenon they become so deeply impressed that they start seeing this man in their dreams.

DAYTIME RECOGNITION THEORY
This theory states that the apparitions of this man are purely casual. Normally we do not remember precisely the faces we see in our dreams. The image of this man would thus be an instrument which, in the subject’s waking life, facilitates recognition of an undefined oneiric image.

Now, my opinion on this.

I find it extremely interesting to say the least.  I also took a minute to look at the drawings that people of posted on the ThisMan.org website.  They are all very similar in appearance and have no look of threat or uneasiness or danger.  People say on the site, that the man is a comforting feeling or gives advice.  The theories listed above all make sense to a certain extent.

My opinion, I think it can be any one of those theories.  I used to of recurring dreams when I was younger, with the same figures or people in it each time but these were people in my life or characters from a tv show I may have watched.  If the Dream Surfer Theory is to be true, that is mind blowing.  First off, why would someone want to enter other people’s dreams who they do not personally know and to actually help and comfort them.  Is this person able to know the thoughts and personal hardships these people are facing?  Also, if this is a possible ability, why isn’t there more research being done to look into this?!  This can be a huge scientific discovery!

Anyway, back to the main topic at hand.  “This Man” is an interesting phenomenon as a whole.  I believe that this isn’t some hoax or marketing ploy.  There would be no reason for it.  I do believe that this is possibly a NATURAL phenomenon that we are not yet fully aware or knowledgeable of just yet.  I do believe maybe the people having these reoccurring dreams, should be sleep tested and see how similar their brain waves are.  This can prove to be a vital step to figuring out this phenomenon.

Behind The Shadows: The Haunted Hinsdale House Part 2

Behind The Shadows: Phelps General Store