Now the flashlight experiment has been used for many years by paranormal investigators. The one flash for yes and two for no is a simple and cheap way to communicate with the afterlife… or is it. After taking a look at the mechanisms of the experiment, it soon becomes clear that the flashlight “experiment” is anything but paranormal For this discussion we will describe the mini Maglite most typically used. 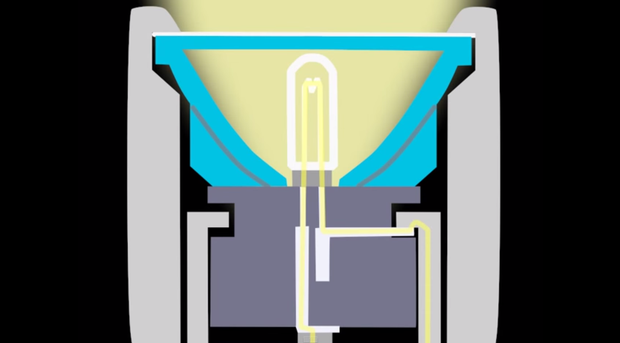 When discussing this experiment many people mention the irregularity of time between on and off cycles. They believe that if this were an explainable phenomenon that the one and off cycles would be equal in duration. This is simply untrue. When the contacts meet together that create a small welding area. You can see in this portion of the video the small spark of light forming the weld right before the flashlight turns on. This will remain intact until the pressure from the expanding reflector breaks the contact. In a strong weld connection, the flashlight will most likely stay on for longer and have a distinct and sharp turning off of the light. During weaker welds, it may create a flickering of the flashlight while the connection is being broken apart. It is this phenomenon that causes a difference in on and off time cycles during the experiment. Not every weld is the same causing the flashlight to turn on and off at random times.

This pretty much puts the flashlight experiment to rest. As always we are not trying to break hearts here, we are simply trying to bring forward truths and information with the field of paranormal research. For the people who are deciding to not accept the facts we strongly hope you reconsider because it is the spread of false information that helps to label this field of science as a joke.

Behind The Shadows: 88 Webster Street

Behind The Shadows: The Bryn Du Mansion