Paranormal Tyler’s most recent adventure takes him to the infamous haunted Camp Floyd.

Established in 1858 Camp Floyd was constructed as a stronghold for the United States Military. Fearing an alleged Mormon Rebellion troops and supplies filled the camp in preparation.

With the rebellion never taking place, the Camp was abandoned in 1861 to be re-opened in 1970 as a historic location with the Utah State Park. 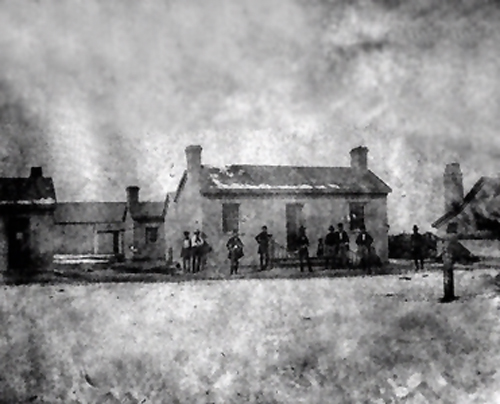 Some say more than some historical artifacts were left behind in old Camp Floyd. People claim to have had paranormal experiences within the old structure.

These experiences include strange noises, sensations, and claims of a ghostly dress floating on its own. These stories have become so popular that the owners of the location opened the camp to paranormal investigators in 2008.

If you are interested in the camp, or paranormal investigating, in general, you should check out one of Tyler’s most recent investigation of Camp Floyd and the amazing evidence he captures there!