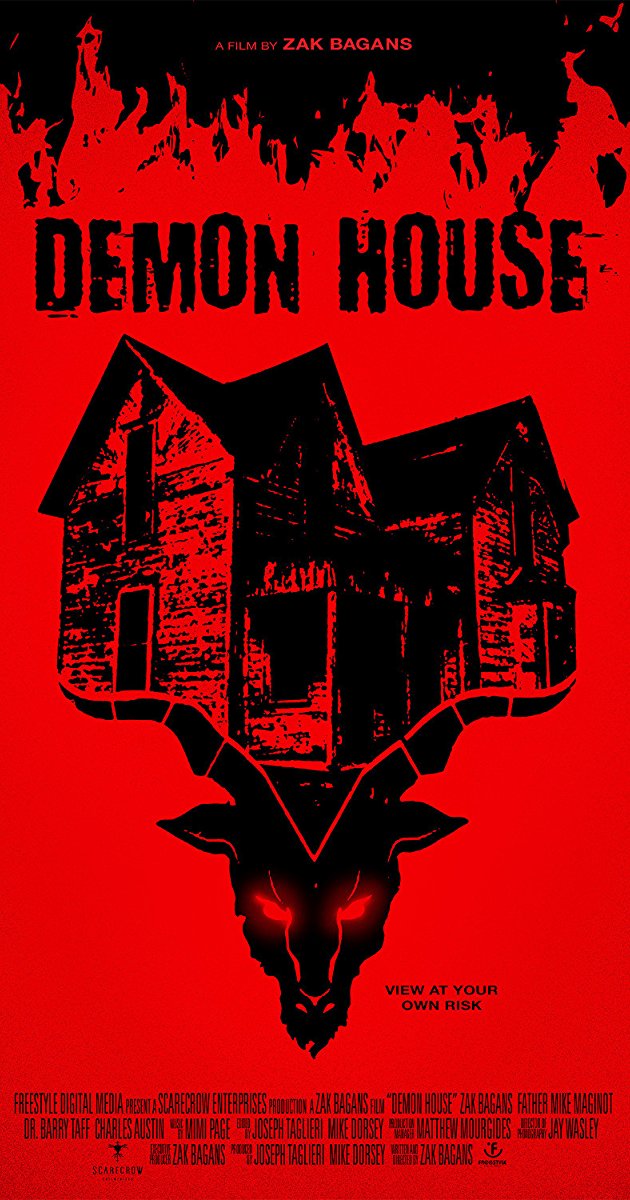 Alright, so here is the truth, originally I had no motivation or interest to watch “Demon House” at all.  As soon as I saw I had to rent it for $6.99 on Amazon, I questioned if it was really going to be worth it.  Shortly before I was going to suck it up and rent it, I saw a review online about it.  The review basically said that it was just a longer episode of “Ghost Adventures” and nothing really happens the whole time.  Welp!  I was done after that and was moving on to watch something more interesting like “Ancient Aliens” or something on the Science Channel.  Right before I was ready to move on, I realized I had a $10 gift card to iTunes!  So I figured, what the hell, I’m not paying to rent it at this point anyway and pulled the trigger and rented “Demon House”.

With that being said, here is my review…

The documentary does basically start out as any other episode of “Ghost Adventures”.  It begins with a lot of Zak talking about what has been going on in the house and the history, which I expected regardless.  The part I found interesting in the beginning is when they show a conversation Zak is having with an attorney and/or a movie producer about the documentary.  They are basically telling Zak if he doesn’t stop the documentary he will have legal trouble.  The reason is that basically they want or think they deserve the rights to the story and want to make a Hollywood movie out of it.  This comes into play for me at the end of the movie, so keep reading to see why. 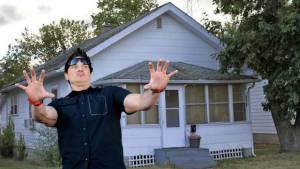 So, the documentary continues on and I found it interesting how many people were actually were involved with the house.  The family who moved out and sold the house to Zak, wouldn’t even talk to him but later you find out it is because they were talking to movie producers and were not allowed to discuss anything him.  This kind of made me laugh a little bit because basically, Zak wants out of them what the movie producers do, it’s just that the movie producers offer a lot more money then 4 guys doing a documentary do.

Seeing how Zak could not talk to the family that had all the experiences, it is a little odd that all of a sudden a woman who used to live there shows up outside with her kids to show them the house she great up in…Hm, movie magic?

The woman claims to never have had any real experiences in the house other than a dream about someone dying and eventually her brother gets shot and dies in the house.  Her kids though seem very interested in the demons and ghostly happenings though.  They begin to ask Zak a ton of questions about what has been going on and if anything will follow them home, so you know this is leading up to something right away… BAM!  SPOILER ALERT!  One of the kids becomes possessed three weeks later and they have to perform an exorcism!  SHOCKER!

After that, Zak and his crew begin to investigate the house a little bit more.  They have a house inspector come in and see if there is any mold and gases leaking that may be the cause of the what seems to be demons and ghostly happenings.  The inspector informs Zak that there is black mold and gases such as carbon monoxide leaking into the house and this can cause people to feel and see things that aren’t really there.

Here is why I find this interesting.  During the course of the documentary, Zak talks about how many people end up getting sick after being in the house.  Some were physically injured in bizarre random accidents but some became ill.  The house inspector found out he had cancer after being in the house, Zaks equipment expert’s organs began to fail after being in the house, one of his cameramen started throwing up blood.  It all seems strange to me that these things did happen, but at the same time, the house is filled with stuff no human being should be inhaling into their bodies.  So while watching this, consider all of that information. 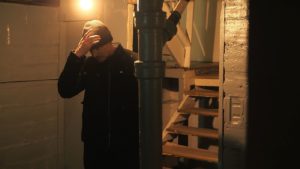 Now, to the point I mentioned earlier about the Hollywood movie producers trying to bully Zak into NOT making the documentary.

Zak basically told them he is making the documentary and that he owns the house and blah blah.  Here is where Zak got smart though and what I found to be interesting.  For someone like Zak to be so mesmerized by everything paranormal, and to knock the whole house down to nothing was shocking to me.  Here is why, he collects everything that deals with ghosts or demons or murderers right?  Why would he knock this house down, something that is giving off so much paranormal activity supposedly, that he can use for “research” and to “understand” the paranormal?   Wouldn’t you want to keep investigating this property and learn from it? 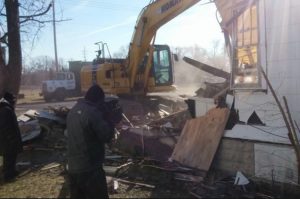 Nope!  In my opinion, he knocked it down not because everyone was getting sick and hurt from the house but because of greed.  He didn’t want any Hollywood movie producers coming in and try and use the house for their movies or documentaries.  So, he knocked the whole thing down before anyone else could get to it.  Makes a little bit of sense, right?

Overall, “Demon House” was eh for me.  I didn’t hate it but I definitely didn’t love it.  It is true that is basically an extended version of an episode of “Ghost Adventures.”  So, if you love “Ghost Adventures” and are obsessed with Zak Bagans, I guess this documentary is right up your alley.

If not, you can definitely take a pass on this one…