Potential Ghost Caught In Picture Taken At The Stanley Hotel

After a ghost tour at the infamous Stanley Hotel, the Mausling family noticed a strange anomaly in one of their photos. The Stanley Hotel is known for its paranormal activity and inspired the story behind Steven King’s The Shining. The photo taken by John Mausling shows what looks to be a little girl standing next to a railing looking at the large group.

Through an Email discussion with the Huffington Post John and his wife, Jessica said: “At first we tried to be logical and think we somehow missed her, so we asked our kids, their girlfriends and our friend if they remembered seeing a little girl. 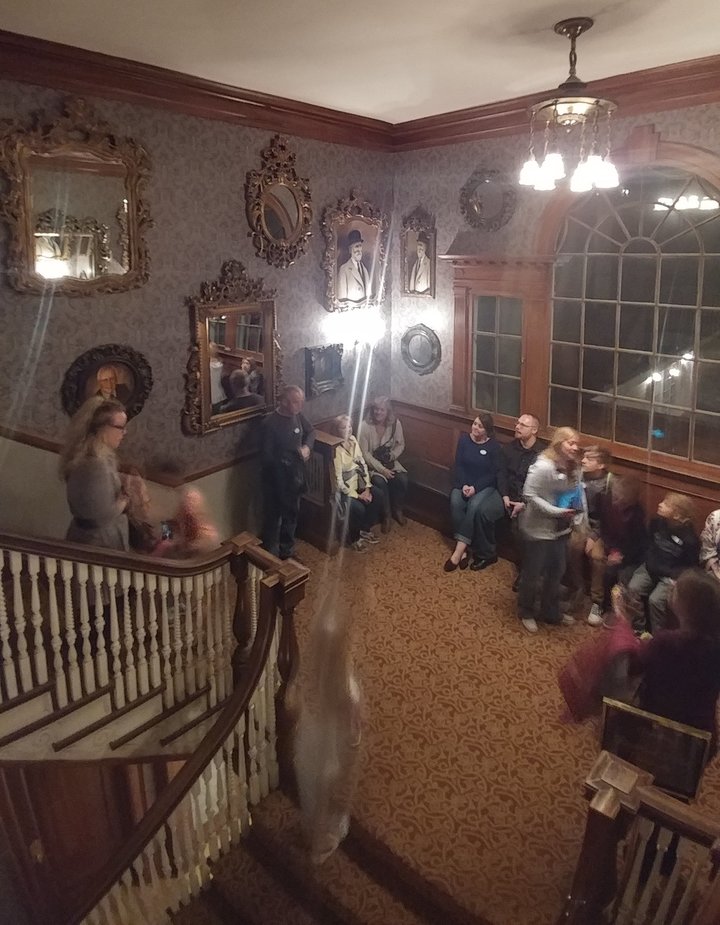 “Nobody did. We do not remember seeing anything on the stairs when we took the picture.”

Ben Hansen who was the host of “Fact or Faked: Paranormal Files and former FBI agent stated he saw no apparent signs of trickery had this to say about the photo.

“I really like this photo. Assuming that it’s not doctored, it ranks up there as one of the best photos of possible paranormal evidence I’ve seen. If it is faked, I’ve for to hand it to them for their level of detail and creativity because there’s usually enough easy signs to suggest hoaxing.”