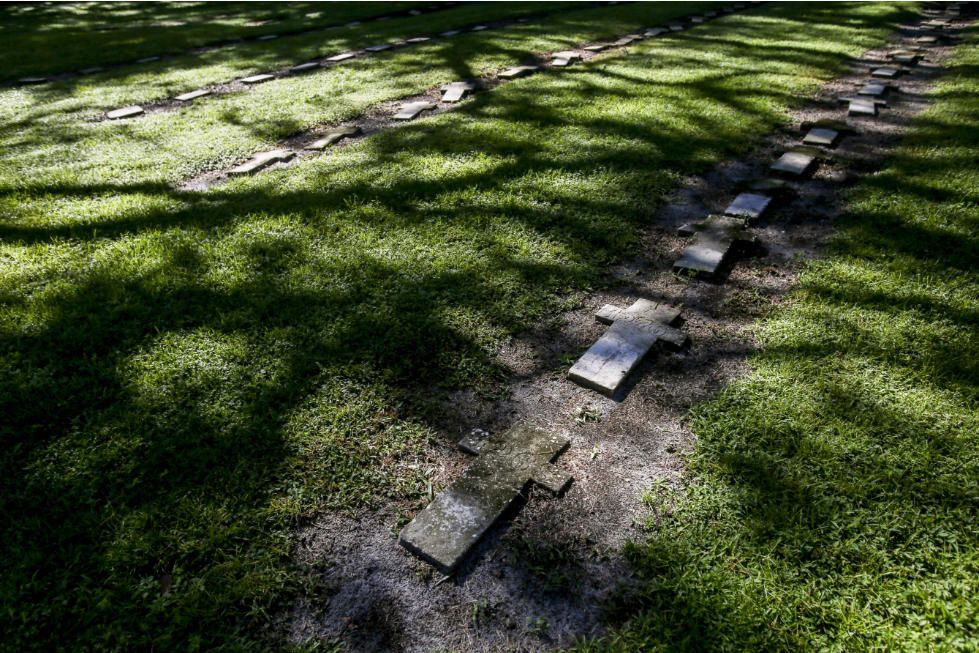 It’s not surprising that there are cemeteries and graves that have long been forgotten about with time.  Ray Reed is trying to change all that.  Reed and a group of volunteers have been working hard to give back to those that have been lost over time.

Reed and his group of volunteers so far have uncovered hundreds of grave markers at the Cemetery for All People.  In the early 1900’s, the cemetery was originally known as the Poor Farm Cemetery, where people were buried if no one would pay for the burials or claim the bodies.

The story has a bit of a twist though… Reed believes the ghosts of these lost and forgotten, have actually reached out to him to help restore their respectability.  He gets judged for admitting this but you can’t argue with the good work he and his volunteers have done.

Reed and his volunteers have done countless hours of research to bring the dead back to life.  They have dug up burial records and discovered many errors when it comes to grave markings and names of the deceased.

As Reed started his work in 2015, he quickly contacted the office of County Commissioner Sandy Murman, asking for her help.  Shortly after, the county changed the name of the cemetery to Cemetery for All People and it received a local historic designation.

“Every so often I’d hit concrete and another marker.  It was like a game of battleship.”

As time went on, Reed gathered people to help, including scout troops.  They worked weekends and were able to uncover 615 of the 839 grave markers from the country list.

Reed and his volunteers are still working on the Cemetery for All People.  They have current’ searched more than 200 microfilm rolls of death certificates and discovered hundreds of names of people who may have been buried there.

Since beginning his good work back in 2015 until now, Reed claims his house has been a hotspot of paranormal activity.  He believes the spirits from the cemetery are communicating with him and letting him know he is doing good work and helping guide him along.

Reed is quoted as saying, “I see out of the corner of my eyes glimpses of figures.  They are not evil…  They want dignity.”

Reed and his volunteers are dedicated to continuing their work and tell the stories of those that were treated disrespectful and forgotten about when they passed away.

Reed: “I am not going to go to the other side and look at these people and say, ‘Sucks to be you.  I could have done something, and I didn’t'”.

Guzzo, Paul. “He Claims Ghosts Ask Him to Restore Their Dignity. So He Digs into Their Stories.” Tampa Bay, Florida News, 20 Sept. 2018, www.tampabay.com/news/He-claims-ghosts-ask-him-to-restore-their-dignity-So-he-digs-into-their-stories-_171658110.

Can This Be An “Echo From The Future”?