THIS TOPIC WAS FEATURED ON THE ECTOPLASM SHOW

If you are like me, the idea of disclosing the existence of extraterrestrials to the general public would get you jazzed up big time. Unfortunately for us this information is either locked away in some deep government archive, or simply does not exist. It may seem like any hope for the truth may be lost… right? NOT IF VICTOR VIGGIANI HAS ANYTHING TO DO WITH IT!

Victor Viggiani, along with many others, is an advocate for the disclosure of information related to extraterrestrials and UFO phenomenon. During the 2016 Alien Cosmic Expo held in Ontario Canada, Victor decided to “lay the smack-down” and release a group of 11 documents he called the Runic Files. These documents were obtained from the North American Aerospace Defense Command and spanned over five years. Over these five years NORAD had recorded an average of 1,800 “tracks of interest” along with 75 intercepts. Along with this information Mr. Viggiani also released documents that included UFO reports from the Royal Canadian Mounted Police, an encounter with 3 UFO above the COMOX Air force base, and intelligence reports from the joint intelligence committee in Canada stating that Canada needs to go on a parallel system to the United States air force and downplay UFO information at all cost. To add to Mr. Viggiani’s valor of disclosing this information, Mr. Viggiani was threatened with indictment by the United States government if he were to release this information. If you watch the video you will see that Victor Viggiani has his own agenda.

If seems that time and time again stories like this pop up. Someone stumbles across a piece here and a piece there completing the puzzle to the question “are we alone in the universe”. Unfortunately the collection of these puzzle pieces are linked to the idea of a force larger than us blocking our knowledge of the truth.

The following images are pieces of the actual documentation mention in this article. 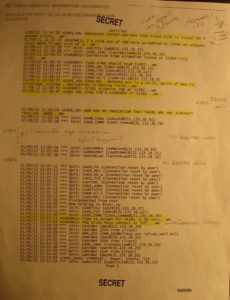 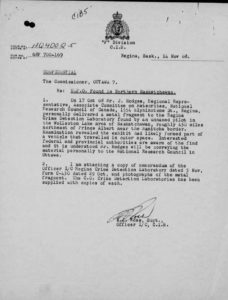 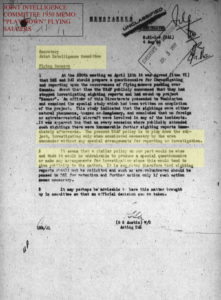 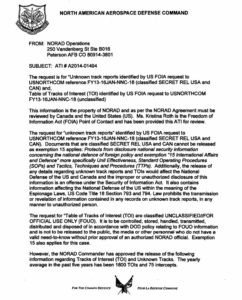