“They,” say the key to spirituality and your gifts is meditation… well if that’s the case, then I’ve just uncovered a very eerie ability that I’m not so sure I want to keep.  I SEE DEAD PEOPLE.

No, I’m not the little boy from the “Sixth Sense.”  I’m not an aspiring medium.  Hell, I’m not even trying to communicate with any lost loved ones, I’m lucky, I have lost very few people in my life.

What I am is, a television producer.  I am a girl, interested in the unknown and the “something more” that I am sure is out there.  I’ve been told I have spiritual gifts and abilities, and I’m curious… I hope to explore them and learn more about them daily.  But what I never imagined was a world where I would go into meditation and stumble upon ghosts!

Last night, I attended a weekly meditation group for intuitive women.  In this class, we discuss the outer realms, energy, spirit, our souls and all that we cannot see in the normal ways (with our eyes).  And at the end of each class, we are led in a guided meditation by my mentor and spiritual teacher with the emphasis on honing our spiritual gifts and abilities.

On most nights, I leave my meditation lighter, feeling optimistic and energized, excited at what I have seen and what is to come.  I’ve even found myself manifesting my abilities to become psychic and predict the future, because trust me, if you know me, you know I can’t handle NOT knowing the future.

But last night, I got way more than I bargained for.

The attunement meditation started out peacefully.  More tired than usual, I settled in thinking I might even fall asleep as we entered the meditative state.  Almost immediately, an image began to appear before my eyes.  Cleopatra.

Now, if you’ve ever read about soul groups or soul families, you won’t think I’m crazy, if not, just go with it… but I AM CLEOPATRA.  At the very least Cleopatra is a part of me.  We all come from source, from one being that fractures off and creates over and over again new spirits and beings… and I come from a part that was once Cleopatra.  Pretty cool right?  Well, at least I think so.

So from the start, seeing the image of Cleopatra as I closed my eyes and meditated, I felt at ease.  She is a figure I often see when I go into successful meditations or automatic writing sessions, so I figured I was going down the right path.  But little did I know my vibration was in the “ghetto” as my teacher likes to call it, and I was in for a much darker ride.

The meditation continued as we traveled through the different rooms that make up our soul house, and all of a sudden I stumbled upon another image.  I couldn’t quite make it out, so I tuned out the instruction and began to investigate for myself.

In front of me, blue and white energetic waves pulsed as if they were lapping at the edge of my vision.  Further past these rolling lines there was something large laying flat on grey-flecked cement that reminded me of the pool deck of my grandparent’s old condo when I was a kid.

I focused my attention on the heap and tried to make it out.

As the image became clear, it was apparent to me that what I was seeing was a large, fat body of a boy, covered with red marks.  I couldn’t tell what the marks were but it was clear, this person or image that I was seeing wasn’t pleasant.  I got a weird feeling. 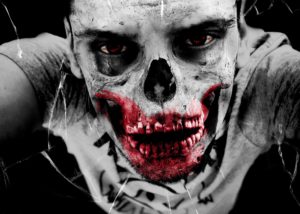 I tried to focus back on the meditation and instructions, eager to erase this disturbing image from my mind, but just like driving by a bad car wreck, I couldn’t keep my eyes off the boy; I kept being drawn back.  And seeing as though my teacher said at the beginning of the class, if something keeps coming to you, it must be a message.

What was this message I was receiving?  I was wracking my brain at what it could be.

Needless to say, I didn’t get my answer in the meditation and I suffered through the rest of it in complete wonder and fear at what was happening.

Once back in the “real world,” I approached my teacher and asked her what the image was.  She said it didn’t sound like a soul and to close my eyes and ask the image to reveal itself through a technique I learned in my Intuitive Reiki courses.

She then informed me that she looked into my field and that the image I saw was a DEAD PERSON!  She also told me, this is what I had been asking to see.  Confused, I said that no, I didn’t ask to see dead people.  But she replied, yes, you said you wanted to be psychic, and when you’re psychic and do not believe in the protecting force of source and your vibration is low, you will enter the lower realms where ghosts present themselves.  This is where psychics and mediums receive their information.

I left meditation not liking what I’d just heard.  I’ve had previous attachments from dabbling with Ouiji boards and ghosts, and I didn’t want to go back down that path.  BUT I still wanted to be psychic!  So I sent off a quick text message for more clarification…

“So wanting to be psychic means I see dead people?”

The quick response back was “yes.”

Then she elaborated, “ONLY if your emotions put you down that low to see nasty stuff like that. You need to just start believing that there is a god that will keep you safe.”

But I thought to myself, I do believe there’s a god or something else out there in the least.

She then explained more, “think of you with a child.  If they were in the ghetto, you would shield them and keep them safe.  BUT the only way you’d be able to do that is if they ASK.  And if they happen to not really believe in you, they won’t ask.”

So, I guess I don’t truly believe?!  Or is my vibration just so low, I’m walking in the world of the dead?

My teacher later told me that “SOULS are ALWAYS BEAUTIFUL, they come to us as their favorite year when they were alive.  They NEVER EVER LOOK FAT or GROSS and they NEVER have sores or acne on them like ghosts do.”  The fact is, “our brains know better and will make the energy we are seeing ‘gross’ to us” so that we know how to discern WHAT it is we’re seeing.

So maybe I am a believer after all; I just needed a lesson in discernment so that every image I see I don’t take as a psychic message.

But one thing is for certain, at least I know I’ve got the abilities, now it’s just time to focus them and hone in on the living when I want to know the future, and keep in mind, when I WANT TO SEE DEAD PEOPLE, at least I know how to identify them.

(Visited 326 times, 1 visits today)
Share this with your friends! 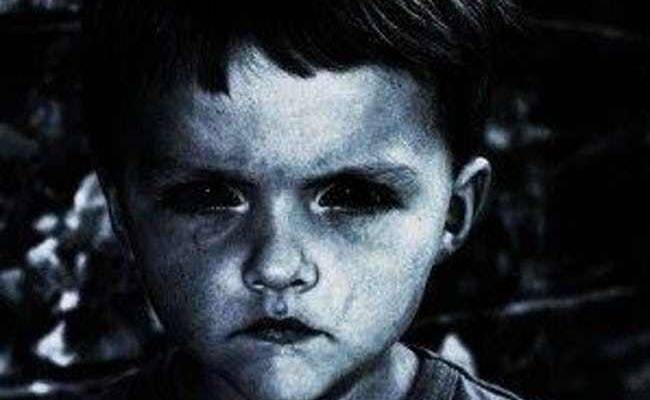