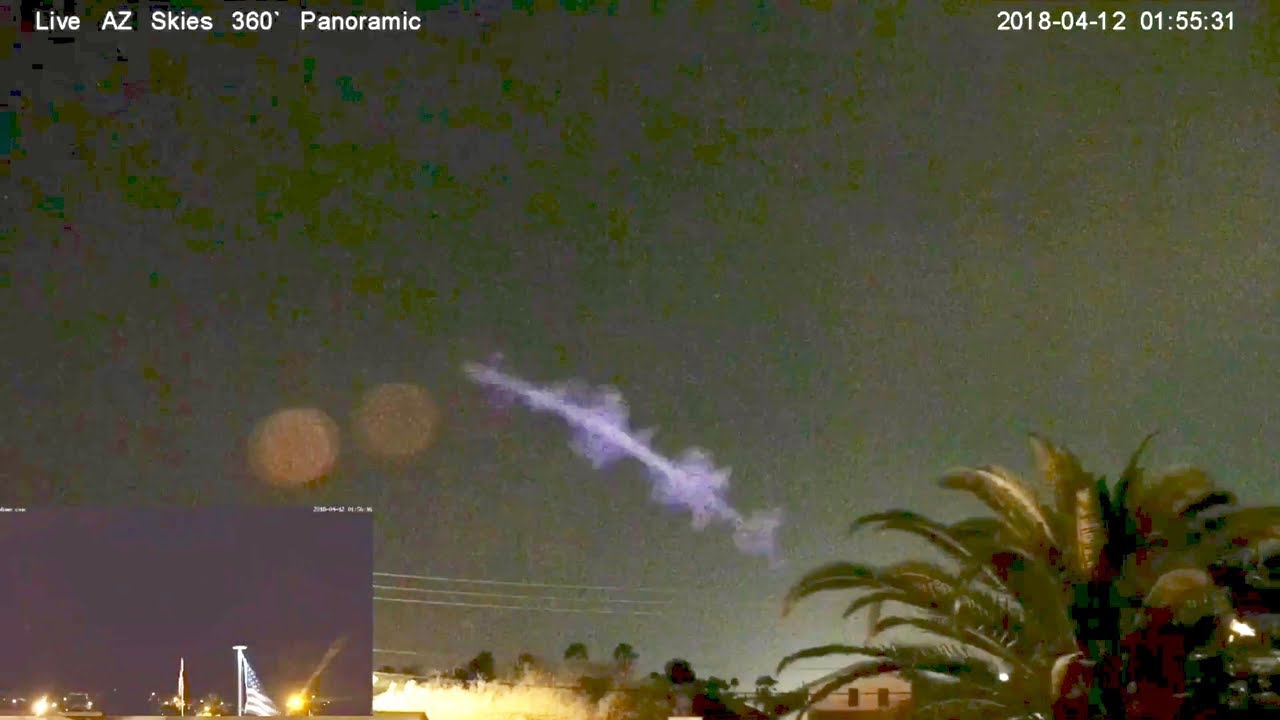 I’m not sure why visitors from outside our galaxy seem to love Arizona, but multiple UFO’s have recently been filmed zooming across the Arizona skies.

On April 11th starting at 10:40 PM multiple UFO was captured on film by a 360 camera. Not only were strange lights captured, but a bizarre purple spiral beam is captured being projected into the sky. As of this time, we do not have more information, but we will be keeping you up to date.