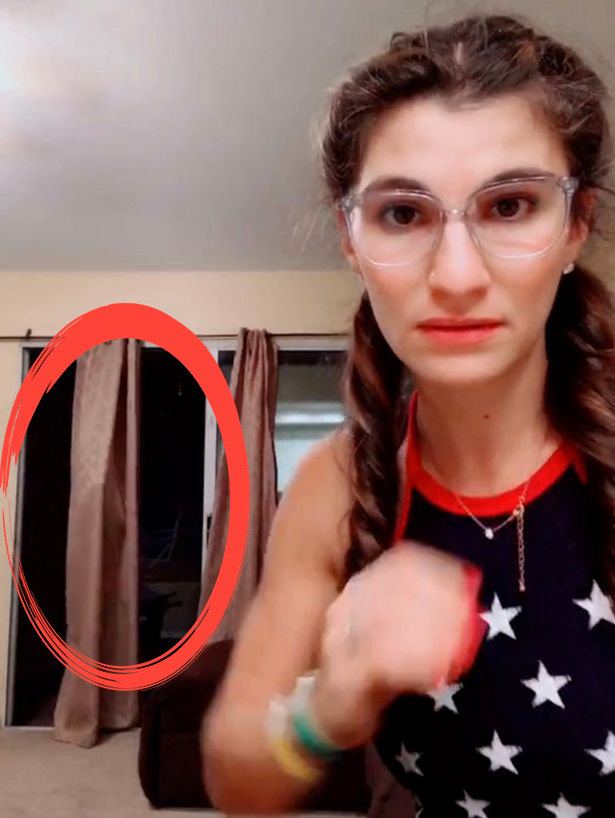 This Story Is Like A Real Life Invisible Man Movie

A clip from Tik Tok has viewers looking over their shoulders after watching the creepy clip. The video was posted on an account, Anna Banana, and is something out of an invisible man movie.

During the clip, Anna reviews everyone’s favorite new alcoholic beverage, White Claw, until something catches her eye. The curtains in front of an open door begin moving as if a person is standing behind them, manipulating them.

Ummmmm ok… #spooky but what was that ?

Anna Was Ready To Punch That Ghost!

To send my props to Anna, she was ready to throw down with the potential spirit. Anna runs towards the possible intruder with minimal hesitation and takes a hard swing at the curtain. To her surprise, there is no one to be found. Anna then scrambles to close and lock her back door.

Upon watching the video a few times, I can say that it genuinely does look like someone is behind the curtain. Of course, the movement could have been caused by a breeze, but its movements are definitely strange. I am not sure if I was in Anna’s spot that I would have reacted as heroically. My first thought was have been that there was definitely some creep standing behind the curtain preparing for a home invasion.

I Vote No On Paranormal, And This Is Why

Of course, the question is whether the video captured an actual paranormal event. I am saying no because I think I can clearly see someone crawling away from the curtain. After researching some more, I watched a few more of Anna’s videos. Most of them are highly entertaining and silly. It would not surprise me that this already creative creator decided to fake a ghost video to get some more views on her account. If that was her plan, I am sending a high five over to Anna because she nailed it.