A 57-year-old woman named Jennifer Hodge has claimed to have captured an image of her deceased son. Jennifer’s son, Robbie, tragically passed away at the young age of 23 in 2016. While Robbie is gone in the physical sense it seems that he may not be gone in spirit.

“There’s A Person In The Kitchen”

While spending time with her daughter, Jennifer received an alert from her security system. An image was sent to her phone displaying that someone was in their kitchen. Jennifer’s daughter quickly identified the man to be her brother Robbie.

“It’s just insane. I’m blown away. It’s just crazy. I was laying in bed watching TV with my daughter and I was just about asleep.

“The phone was laying between us and I got this message notification saying someone was in the kitchen.

“She was like ‘Mum, there’s a person in the kitchen. Mum, that’s Robbie!

“I was stunned and it did look like him – beard and all.” 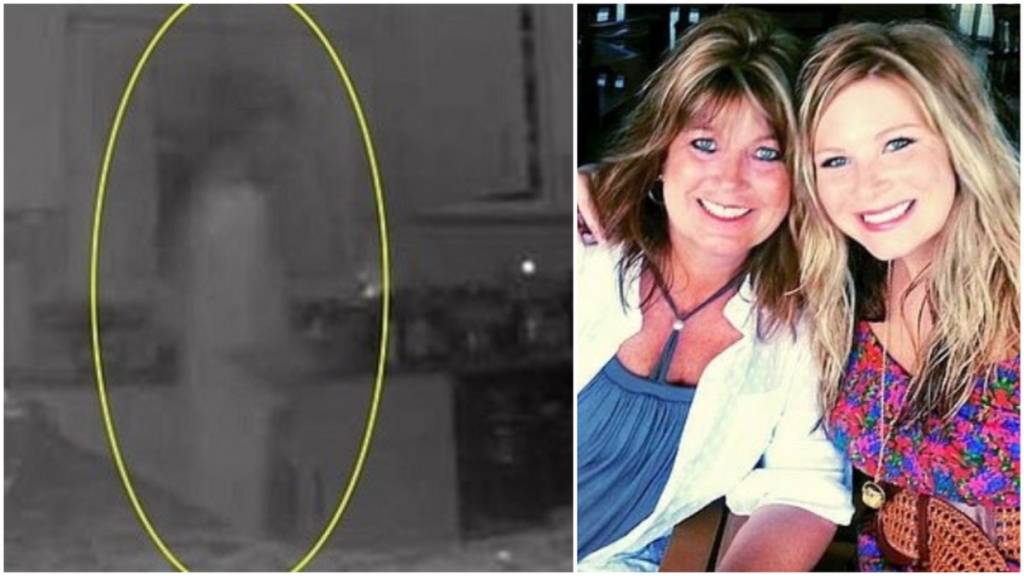 “Why Did This Happen To Me”

The picture is compelling, and I kept hoping for a video to surface of the incident. According to what I have researched Jennifer and her daughter only received a still photo from the security system. The image itself was also intriguing in that it did not stand out as a fake. Having witnessed my fair share of garbage “paranormal evidence” I could not say this photo was the regular trash. Overall I am not quite sure to say about the situation.

While I am left wondering, Jennifer did have some more to say about the situation. “Now, I feel like he was letting me know he is happy in heaven. That brings me some comfort, but still just think it’s weird. I’m in awe – why did this happen to me?

“I haven’t seen anything since and I had never seen a ghost before. Does it look like Robbie? Yes. I would love to see anybody else’s camera where people might look transparent.

“This is just weird.”