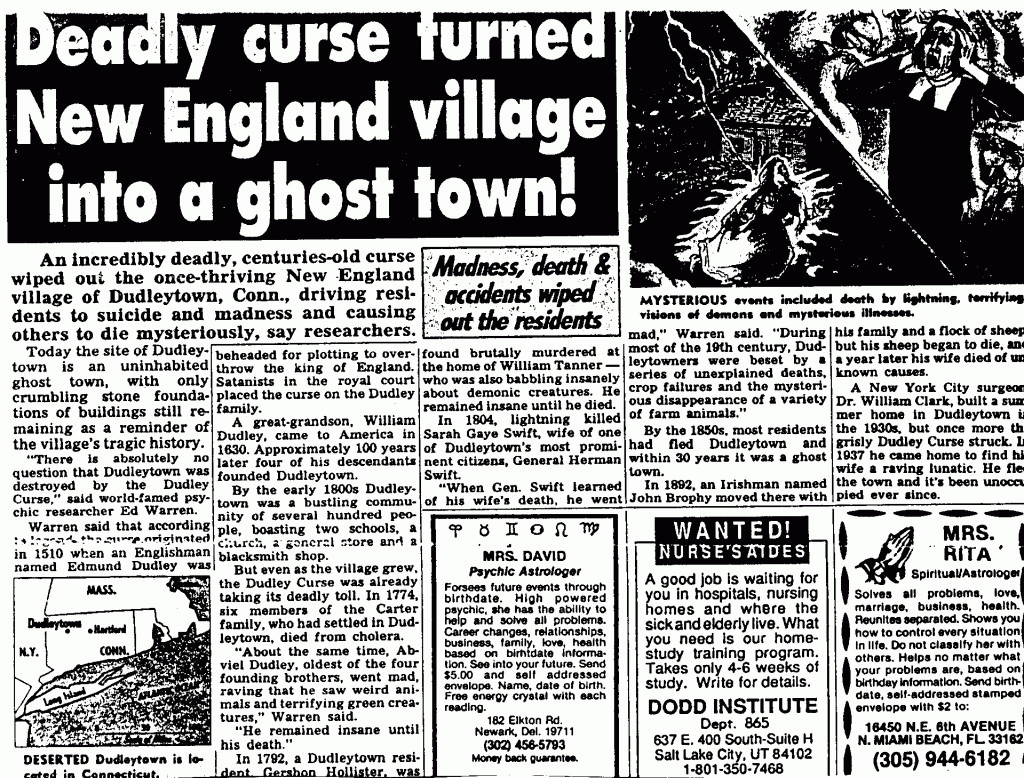 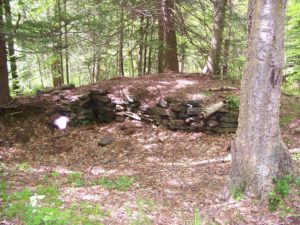 Dudleytown was part of a small settlement in Cornwall, Connecticut.  The town was not around long, it was established in the 1740’s and was soon abandoned in the 1800’s.  The town was never officially named Dudleytown but because several members of the Dudley family moved to that area, it was often referenced as “Dudleytown”.  During this time, most of Cornwall, Connecticut, including Dudleytown was converted from forest land to farm land.  Eventually, as time went on, in the 19th century the population slowly declined in the area and soon was left abandoned.  The only thing that remains in the area are some ruins of house foundations and cellar holes.

There is more to this story though, a supposed curse.  According to prairieghosts.com, this curse began in 1510 in England.  Apparently, Edmund Dudley was beheaded for trying to overthrow King Henry VIII.  After the beheading, a curse was placed upon the Dudley family, which according to prairieghosts.com, says that the descendants would be surrounded by horror and death.

Let’s fast forward to 1747, this is when Gideon Dudley bought a piece of land in Cornwall that started the area known as Dudleytown.  Overtime, the family great and more of the Dudley’s moved to the area to farm.  The area known as Dudleytown only reached a maximum size of about 26 families at one time.   According to prairieghosts.com, over the years at Dudleytown there were many cases of mysterious deaths, disappearances and cases of insanity reported.  As time went on, and the Dudley’s moved away or dead, other’s came to the town and experienced mysterious deaths as well.  The plague was part of these deaths of course, but the cases of insanity and people being killed randomly by creatures in the woods is beyond interesting.  The most interesting death, according to prairieghosts.com, was General Herman Swift who served in the Revolutionary War.  Him and his wife had bought and moved into a home in the area of Dudleytown.  His wife was soon after struck by lightning while sitting on their porch and General Herman went insane soon after and died.

Aside from the strange deaths and occurrences throughout the years at Dudleytown, we wanted to share our experience with you when we visited the infamous town.  At the time, we were young and stupid, and trespassing didn’t worry us.  We drove up to an area where we were able to park and began our walk into the woods claimed to be Dudleytown.  At the time, we didn’t know the history of the area as much as we do now, and the mindfulness of a curse.  We just heard the area was haunted and strange and we wanted to check it out!  My buddy who at the time was going to college to be a veterinarian, brought one of his lab mice with him.  He had heard that in the past, people have come to the area and realized there are no animals or wildlife.  He wanted to see the reaction of the mouse when they finally entered the area known as Dudleytown.  After a good walk into the forest and many bug bites later, we entered the town area.  We realized this due to what little was left of the house foundations and cellar holes.  At first, nothing seemed weird or creepy except the fact that the mouse was bugging out!  It was shaking and having a hard time, almost as if it were scared of something.  We pushed on and explored the area some more while taking several pictures.  (I’ve included some of those pictures in this post).  Some of the pictures do have an interesting anomaly in them as you can see.  There is a bright light in some of the pictures that seems to be following us.  We do realize this can easily be the reflection of a bug that shows up on the film. 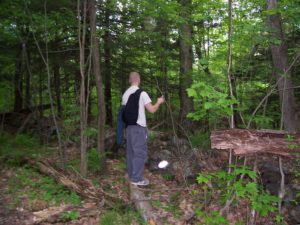 Overall, the experience was interesting but we never got a feeling of being in a cursed or haunted area.  The no wildlife thing was a little creepy and weird but I’m sure someone can come up with some explanation for that as well.  Do we think the area is haunted or cursed? No clue!  The town has now banned the public from entering the area, due to many vandalizing and entering the area unlawfully.  Knowing what I know now about the paranormal and debunking certain paranormal anomalies, I would love to go back one day and investigate the area again and see what we find.