Did You Know This About Halloween?

Halloween is a time for many to enjoy a night of candy, parades, carving pumpkins and dressing up right?  But did you know the actual history and events that had led up to this popular holiday?

Not sure if you ever heard of the European practice of “mumming” or “guising”.  We haven’t until just now.  According to LiveScience.com, people would go door to door dressed up in disguises asking for food.  To up their game a bit, sometimes they would even perform skits, plays or dances.  A similar tradition was happening in Britain and Ireland called “souling”.  During this tradition, the poor would knock on doors on what was called Hallowmas and ask for food in exchange for prayers for dead loved ones. 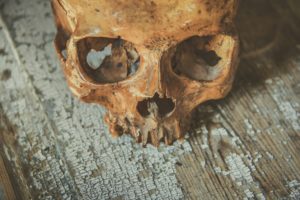 Found in Roman records, tribes located in Germany and France would wear costumes of animal heads and skin to connect with the dead.  Eventually, this tradition influenced the modern-day version of “Samhain”, the Celtic holiday.  Apparently, Halloween is actually more Irish than St. Patrick’s Day!  Blow your mind?  The Irish celebrated the holiday of “Samhain” which they believed the spirits of the dead would walk the Earth on this holiday.  The people would leave food and treats outside their homes to satisfy the spirits.  If the people needed to leave their homes during this time, they would actually dress up in costumes to try and confuse the spirits. 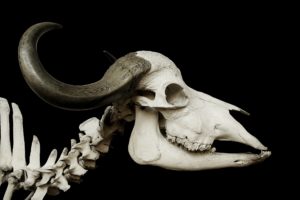 Looking for your soul-mate?  It has been said, that during this holiday in Irish culture that people would actually play games trying to figure out their romantic fortune.  Halloween was actually used by young people in this culture to mingle with the opposite sex.  I guess you can say the same for now in American culture as well.  You know the costumes I am talking about… 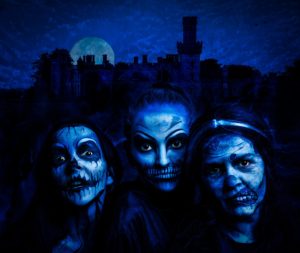 Last but not least, it is said on Halloween that kids are actually eviler.  I guess this makes sense right?  You are loading your kid up with all that sugar and candy while they are probably already dressed like a zombie or devil.  Studies show that children who are actually in costumes and masks have a tendency to cause more “tricks” during the holiday than those who don’t care to celebrate.  Make sure you are all safe this Halloween in whatever you do!