Zak Bagans Is Back At It!

Zak Bagans has made another unusual purchase for his ‘Haunted Museum’ in Las Vegas.  Recently, the paranormal reality TV star purchased a painting of Charlie Manson that was made from artist Ryan Almighty’s blood and Manson’s ashes.  Bagans dropped about $2k for this painting and it is creepy AF. 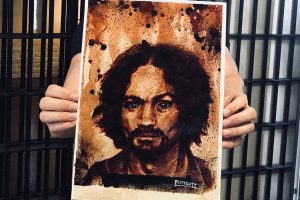 If you follow Zak Bagans closely enough, this isn’t the first unusual yet not surprising acquisition to his ‘Haunted Museum’ over the past year or so.  Bagans already is the owner of Charlie Manson’s teeth, along with one of the Donald Trump statues that was secretly and randomly placed around the country.

It seems that if it is creepy or strange enough, Zak has no problem dropping some dollar bills to get it for his museum.