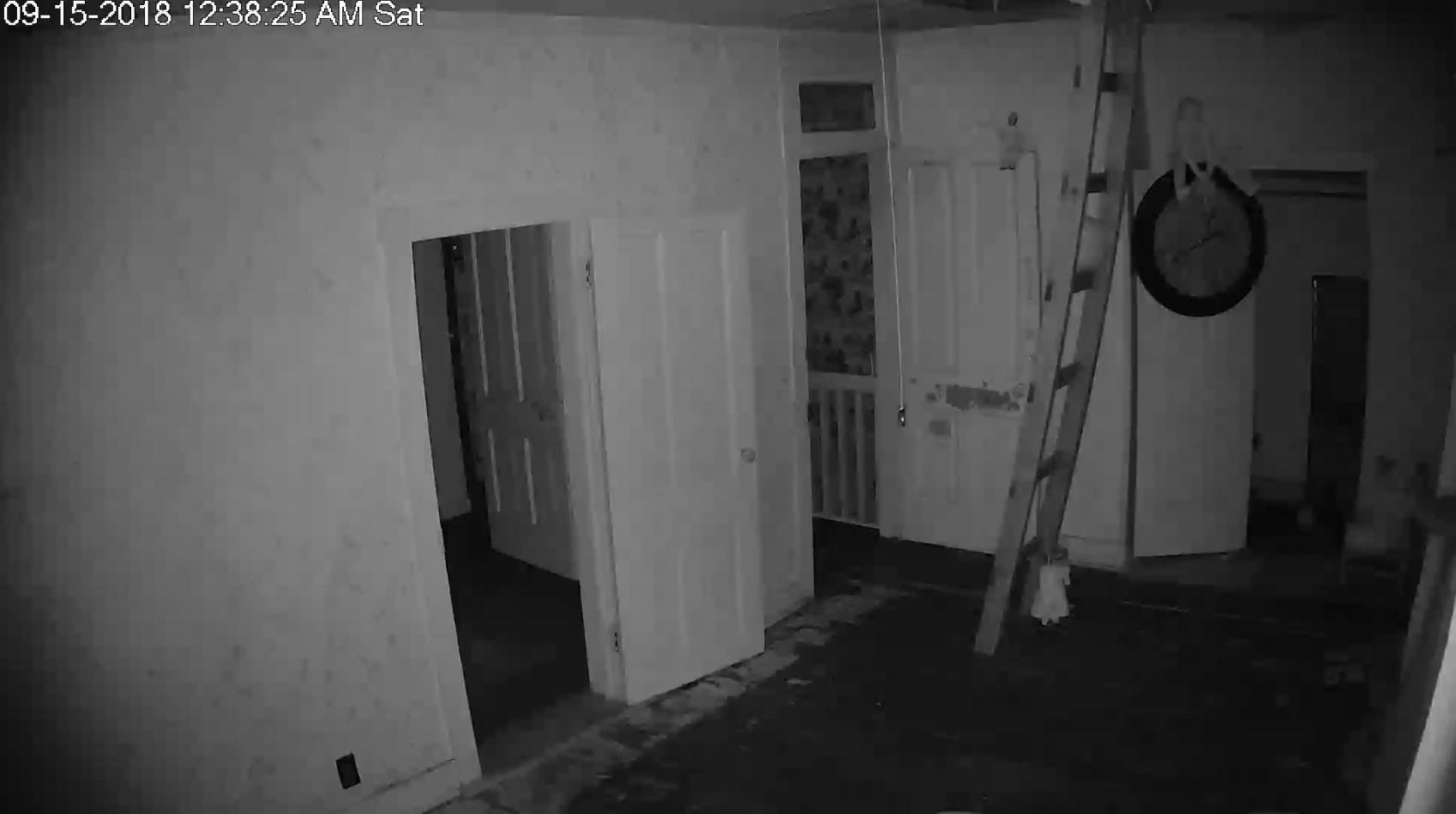 During a recent livestream of the 1858 Garnett House Hotel potential poltergeist activity was captured. Having the cameras running for hours we are able to observe activity that normally occurs at the location, such as a loud train whistle every few hours, and others that are not so normal.

Justin Spurrier, one of the owners or the hotel, likes to plant potential trigger objects throughout the home. One of these objects is a clown doll sitting on top of the clock. The livestream had been running for multiple days with no movement from the doll. After a flurry of strange sounds, the doll is seemingly pulled from the top of the clock. While some people are claiming poltergeist activity, others are taking a more skeptic view.

Having watched this stream over multiple days I am biased towards thinking it strange that the doll fell after staying steady for multiple hours. That being said I m also aware of the importance of keeping an open mind to possible non-paranormal explanations of the movement of the doll. We can only hope to continue to collect strange activity from upcoming livestreams.

The Garnett House was built in 1858 by D.W. Houston and was opened as a hotel by Hiram Tefft in the fall of that year. The building sits at the corner of Fourth Avenue and Walnut in the town of Garnett, Kansas. The building was the first hotel in town and had several additions built onto the building. It was said that Mrs. Houston refused to move into the original building due to it’s swaying in the breeze. The hotel became known as The Garnett House and also the Lighthouse Hotel due to its bright lantern on the top floor which could be seen for miles at that time. It is the only surviving antebellum structure in the town of Garnett, Kansas.

As a hotel, the building has been a witness, and a participant in many events in it’s near 160-year history. During the time known as “Bleeding Kansas,” it is said that the famous Abolitionist John Brown hid escaped slaves in the attic of the home. This is said to have happened around 1859 just before the American Civil War.

During the 1870s, the town of Garnett became a crossroads of cowboys; settlers headed West and citizens. It became the scene out of the Old West with saloons, brothels, and gunfights in the streets.  It was during this time that the hotel hosted some of it’s most famous guests.  The guest list includes famous lawmen Wyatt Earp, Bat Masterson, and Wild Bill Hickock. It also includes famous scout Buffalo Bill Cody who was traveling with Hickock at the time. Belle Starr the famous female cowboy shooter was also a guest of the hotel. The famous outlaw Jesse James was also rumored to have stayed here under one of his many aliases.

After this time, the hotel eventually became a private residence once larger and more modern hotels began to appear in the town of Garnett. In the early 1950s, the building became the Doctor’s Office of Dr. Robert Stevens and his wife, Dr. Julius-Stevens. They treated patients in the old hotel up until the 21st Century.