It seems like these days everyone is getting on the paranormal bandwagon. The thought of catching evidence from the other side is very intriguing to anyone that may consider themselves a believer. If you are involved in the paranormal field, you know that everyone has different types of equipment and their own way of investigating. Now, there is a new paranormal group joining the field and it is The Pennsylvania Academy of Fine Arts (PAFA). 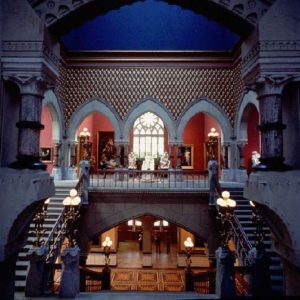 The Pennsylvania Academy of Fine Arts have joined the paranormal research field in a big way. PAFA is in the process of setting up their own paranormal experiments in hopes of making contact with the ghost of Philadelphia artist and photographer Thomas Eakins. It has been about one hundred years since the death of Thomas Eakins, and PAFA has been craving for new painting from the artist. 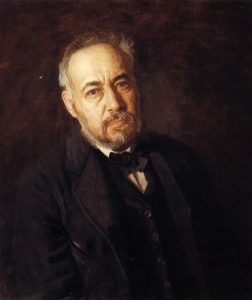 Here is where it gets interesting. PAFA is in the process of filling up the studio with nude models to try and attract the ghost of Thomas Eakins. They have also developed robots that are designed to receive signals from Eakins’ ghost to help create new masterpieces from the artist. The robots are designed to detect the electromagnetic fields that may be given off by Eakins’ ghost. There will be a total of four robots, each having a different job. One robot will hold Eakins’ original watercolor box of paints and brushes. The second robot’s job is to move a red armchair that he used to put into many of his paintings. The third robot will mix the colors based on the commands given by Eakins. The final robot will control the arms to draw any image that he is commanding to paint. 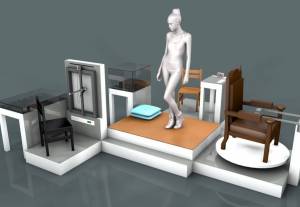 This is all very intriguing from a paranormal point of view. If these robots are able to create the painting by Thomas Eakins, this could become a big step forward in the scientific side of the paranormal field and the way we communicate with the other side.