In our most recent episode of Real or Fake, Breggs and Mike discuss a popular YouTube video that claims to have captured a “ghost” jumping on a woman’s bed. From what we know the woman in the video was experiencing strange sensations while trying to go to sleep. Being understandably freaked out, the woman decided to film her slumber in order to figure out what was causing these strange feelings. The following was captured… 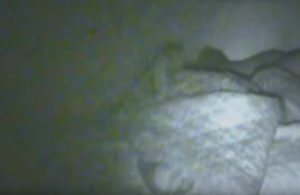 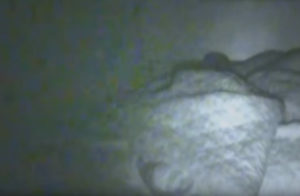 After reviewing the video we had some concerns. First, the quality of the video does not have much to offer. The visibility of the video is limited to a small circumference around the bed. The rest of the video is shrouded in a frame of blurry darkness. Unfortunately the alleged paranormal activity takes place on the boarder of this frame. This blurriness opens the video up to possible matrixing which is far to often mistaken for paranormal activity. Second, while reading the comments a large majority of people believe the “ghost” in the video is simply a dog or cat jumping on the bed. I personally have a hard time with this theory since the cat or dog seems to vanish into thin air upon jumping on the bed. Dog or not this is some possible compelling paranormal evidence. Let us know if you think this video is real… or fake in the comment section below.

Check out our full episode of Real or Fake below: