Listen, I get it. Most, if not all of us are guilty of diving into a paranormal reality show at least one night during the week. It’s a guilty pleasure for some of us. I will also be the first to admit that part of the reason I got involved in the paranormal field was because of such show like “Ghost Hunters” and “Ghost Adventures”, but do we really realize what we are watching?

Before I get too deep into this subject, I want to let you all know that I currently work in television and have been since 2007. I have learned a lot about the entertainment/media field which has opened my eyes and opinions on certain aspect of television and what it takes to make a good show. OKAY! Well, with that being said… HERE WE GO! 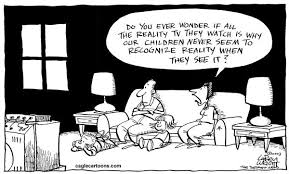 It is very easy for us to take to heart everything that happens on reality television. I mean it is REALITY, isn’t it?! WRONG! Now, I am not saying that everything on reality is scripted or fake, but a majority of it is. If you work in television, it is your job to make a good product that will engage people and get people to watch. If you fail at doing so, you are out of a job and your show get cancelled (wah wah). I’ve been there, it is not fun people. I want to make it clear, I am not saying everything on these paranormal reality shows are fake and a par of me really hopes a majority of the evidence captured is real, but I just can’t see that being true. Let’s think about this.. 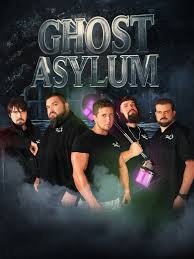 If you are reading this and your have investigated certain locations that were believed to be haunted, how often have you come back with actual “class A” evidence? How often have you come back with some paranormal evidence at all? Think about it, these paranormal reality shows go to locations all over the world, which is great, but somehow they manage to get AMAZING evps and pictures no matter where they go. These groups are also either affected physically or emotionally at every location. This is what the producers of the show “script. Yes, a reality television is still scripted. If it were 100% reality, these shows wouldn’t need a full crew, producers, executives, story producer etc. I don’t want to hurt anyone’s feelings, but come on people. Reality television is mad for entertainment purposes and NONE of us are watching these paranormal reality show if they didn’t catch any evidence. What would be the point!? These shows would never make it past the first season otherwise.

I know you are probably thinking I am just bashing the paranormal community and I am a “hater”, but that couldn’t be further from the truth. These paranormal reality shows are great for entertainment and I would not have gotten into the paranormal field if it weren’t for these shows. I just want people to realize that they should not take these shows as the Bible for the paranormal field. Come on people, we are better than that, YOU are better than that. If anything, we should take these shows and use them for our own research. The next time your watch “Ghost Adventures” or “Paranormal Lock-down” and so on, take notes and write down their experiments and how they investigate. The net time your go on an investigation, try and use their same process of investigating and see how it works for you and your group. By doing so, it will help the paranormal field and yourself to realize what is real and what is completely produced television BS.

With all of that being said, I just want people to realize that television will always be television. It is a business and the television business make money by you tuning in every week. The next time you watch your favorite paranormal reality show, just don’t forget to watch it with a grain of salt…

Behind The Shadows: Tina’s Torment

Behind The Shadows: Mansfield Firemans Museum

I have been into the paranormal filed for twenty eight years now. When I started out there were no show on tv like ghost adventures . All we have was shows like dark shadows, Alford Hitchcock, and the Twylight zone. But I have seen and felt wired things in my twenty eight years is service . If your a tv stare and in films , ypu cam make anything go boom bang in the night. It’s not safe making fun of the sprits and the dead it will come back to haunt you in your own bed room, or even in your car while driving down a dark road in the middle of know were . Mark williams paranormal investigator /researcher CPI

Sorry for the spell check