Tales of Gettysburg Series 1, “The Haunting History of the Children’s Orphanage” 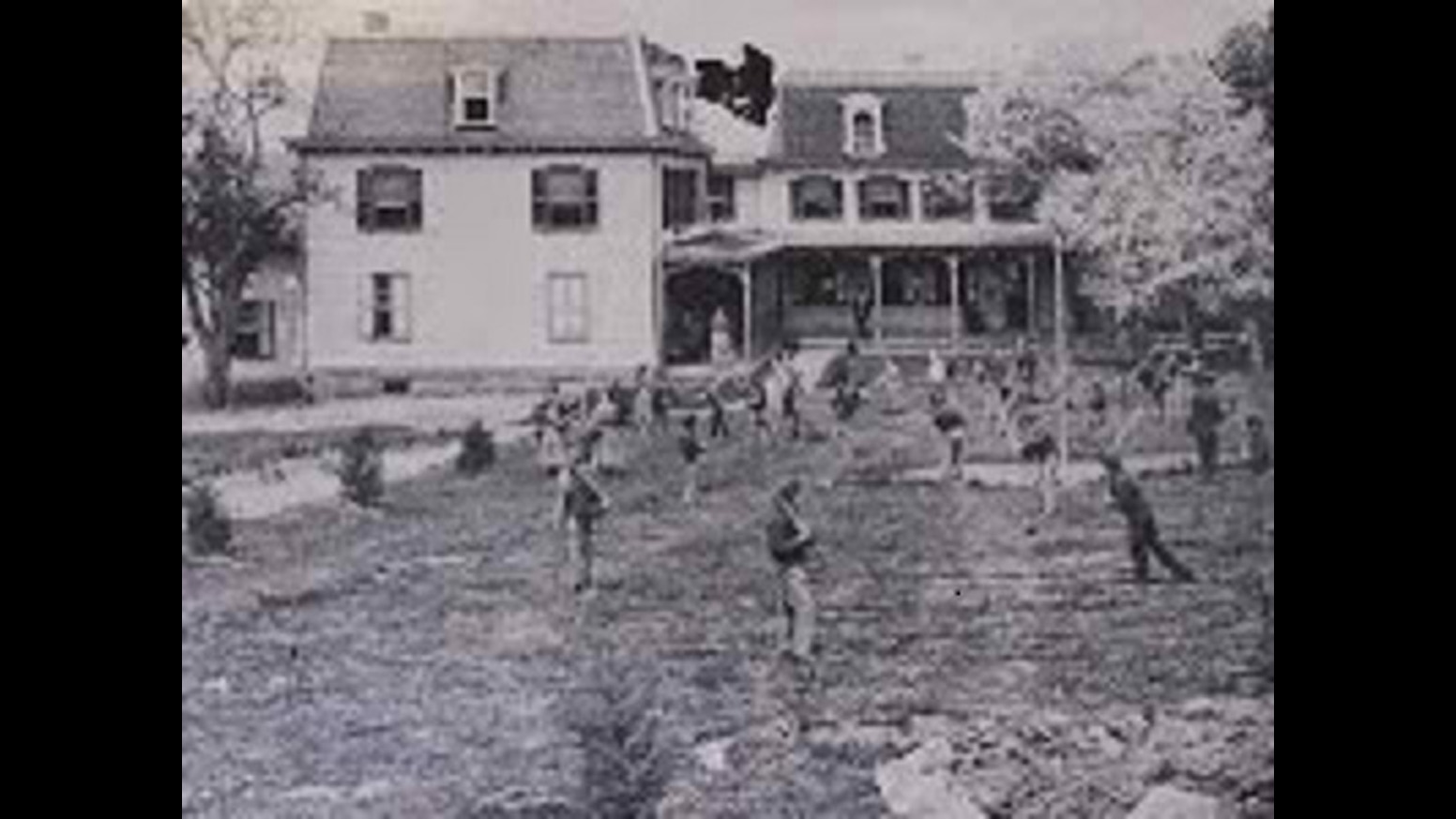 Being that I only live maybe 25 minutes away, I frequent Gettysburg quite often. In fact I’ve investigated so many locations and hot spots (even the ones few know about) in the area multiple times I’ve collected a large amount of evidence to share. Maybe you all can help and see for yourselves if there’s anything in the evidence I’ve collected and reviewed over the years. Anyway, tonight I figured I would focus on one of the more prominent haunted locations, specifically the Children’s Orphanage. Today you can explore what is now better known as the Soldier’s National Museum in downtown Gettysburg, which was once before the notorious National Soldier’s Orphan Homestead. 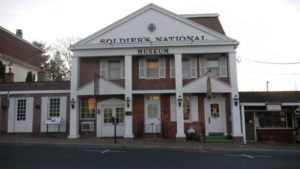 The orphanage today, now known as the Soldier’s National Museum

As a result of the Civil War, there was a need to house, clothe, educate and care for thousands of orphaned children. In the Spring of 1866, a movement was initiated to establish an orphanage and a site that provided two acres of land which contained a large two story brick house with stabling, good water, a garden and an orchard. 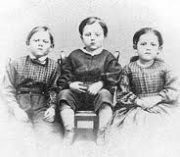 Children from the Orphanage

The orphanage was officially opened on November 20th, with 22 children, (12 boys and 10 girls). By 1868, there were sixty orphans residing there and by 1869, the facility had become overcrowded. A new three story frame structure was then built and an additional wing, later part of the old barn was moved to the house and altered into its shape. 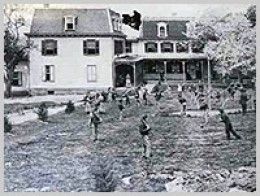 Original photo of the children playing in the back yard

Unfortunately by 1870, monetary support had died down for the Homestead. During this time a new teacher and disciplinarian, by the name of Rosa J. Carmichael, accepted a position there. She was described as having “few equals and was a most assiduous and faithful worker.”

However, over the next few years instances of horrible abuse began to surface surrounding the orphanage and more specifically Rosa Carmichael being the alleged abuser herself.

On June 11, 1876, Mrs. Carmichael was arrested on a warrant charging her with cruelty to one of the orphans and she was held at $300.00. She was indicted on three counts of aggravated assault and battery and was then found guilty on one of the counts and fined $20.00 plus court costs. The scandal spread over the next several months, soon after there was a reported story of a sixteen year old boy, missing part of his left arm, who made his way to town claiming he had come from the Homestead. His appearance shocked people since he appeared extremely dirty and he was wearing no shoes at the time. He then began to tell the story of his sister Lizzie and Bella Hunter, who were forced to wear boy’s clothes for punishment. Bella was made to do the most menial work and when her tasks were done, she was locked in her room by Rosa. 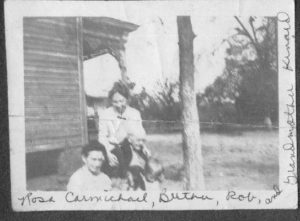 The cruel practices of Mrs. Carmichael upon the helpless children became so outrageous that the Grand Army of the Republic had her arrested, indicted and convicted (but in consideration of her sex, the court only sentenced her to pay a fine of $20.00 and the cost of prosecution). Crazy right??

Then it got even worse…

Unfortunately her sentencing only fueled her anger and she abused the children again in harsher ways. She hired a large older boy of about 19 to beat and kick the smaller children for reasons only to “delight” Rosa, and earn her trust and approval. In the bitter cold, she had a boy aged 4 or 5penned in the outhouse. He was released at midnight by the intercession of two passing men who heard the pious screams of the little boy. Mrs Carmichael also had a little girl stand upon a desk in one position until she had to be lifted down, exhausted and helpless. There were also reports of a make shift five foot by eight foot dungeon in the cellar with shackles being used on the children until their untimely cruel deaths. Torture devices were also later found at the house in the basement that was converted into the dungeon. To this day it still remains in the “Dungeon” area of the buildings basement area. 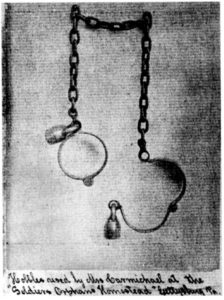 Rosa continued to defend herself calling her charges “slanderous.” The entire controversy along with charges of mismanagement and the violation of many innocent children caused the closing of the Homestead in December by the County Sheriff. The Homestead property was sold at a Sheriff’s sale during the summer of 1878.

Today many people have reported hearing children cry, or tugs on their shirts or pants. Giggling, and laughing can sometimes also be heard. Others have claimed to see full body apparitions of children in period clothing looking disheveled and sometimes even Rosa herself has made an appearance or two. The original chains and cuffs are still on the basement walls, and being in the basement gave me an overall feeling of sadness even just knowing what had happened there. I swear I heard a child even though the three of us in the room were silent and still at the time and it haunts me to this day when I pass by the Museum.

Stay tuned for my next article in my Gettysburg series, and as always stay spooky my friends!!

I love to research about ghost and evil. Visit India