Teen Arrested For Dressing Up As Ghost

For those of you who have never heard the word, pocong, consider yourselves lucky because this Malaysian legend is nothing short of terrifying. Also known as a wrapped ghost, the apparition is typically visualized as a person wrapped in a white cloth. The cloth is used in Muslim burials in which the body is covered in white fabric with a knot giving the pocong its distinct appearance. 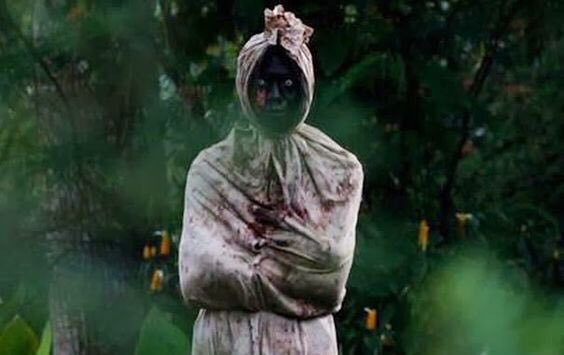 According to traditional beliefs, the soul of the recently deceased will stay on Earth for forty years after death. Being covered under its shroud, the pocong is forced to hop around boosting their “creepy factor” significantly.

Being such a popular myth within the culture, plays and movies have used the pocong to scare audiences for centuries. Four teens from Bukit Pinang took things a bit too far in their missing to scare unfortunate locals. Riding on motorcycles the imposter pocong terrorized the streets scaring children until they ran into police. The youth received a “talking to” and were told to stop the antics immediately.

One of the teens is quoted as saying “I was the ‘ghost’ and was told to hop around like on while many people stopped to watch. We were told by the police not to do this again as it could cause an accident and people could be scared and suffer heart attacks.”