paranormalwarehouse2020-08-27T12:40:55-04:00
A tiny town in West Virginia holds a nearly one-hundred-year-old mystery wrought with rumors of illicit affairs, the wrongful conviction of an African American man, and the ghost of a woman who still haunts the mountain where her mutilated body was found. This is the Legend of Mamie Thurman.

Some Things Stay The Same

After listening to yet another amazing Serial Spirits episode, I could not help but be hit with the realization that while our world is vastly different from that of the 1930’s so many things have unfortunately stayed the same.

With cases such as the infamous ongoing Epstein situation, this tragic story of Mamie Turman reaks of the same injustice and privilege created by the wealthy. While I was not there during this event, the facts are pretty clean that Clarence most likely did not commit this murder.

It seemed more important to the prosecutors to hide the fact that these parties were taking place rather than get justice for Maime. So much of the evidence captured from the crime scene screamed a murder of passion, yet this was cast aside to put the focus on a scapegoat.

As for the paranormal happenings, I think the story was so spectacular for that area that urban legends were destined to arise. From the moving cars to truckers picking up a woman dressed in 1930’s garb, I can’t help but believe these are just unbelievable stories created by a genuinely tragic and jarring truth.

That being said, who knows if the ghost of Maime is still out there roaming the area she once lived. I can only hope that while there was injustice in Maime’s case, podcasts such as this one and others spreading the truths of this story bring some retribution to both Maime and Clarence.

(Visited 24 times, 1 visits today)
Share this with your friends! 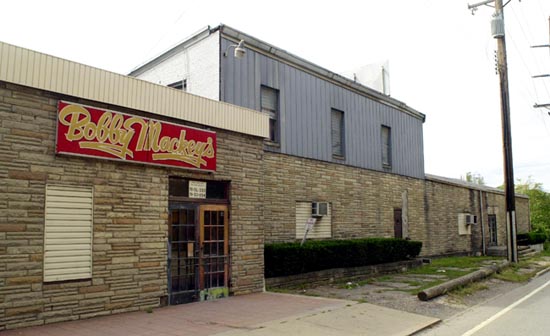