What do you think of the Motel Haunting?

If you spend any amount of time on the internet you are bound to have stumbled accross this viral paranormal video. The video in question was taken by a man name Frank Ramirez who began experiencing some strange occurances after entering his motel room. The video begins with Ramirez describing the experiences he has already witnessed, and is now trying to capture on film. Systematically throughout the clip, strange paranormal experiences including the phone being launched off of its base and a towel being dragged off of a counter.

There are a few things that trigger a “hey wait a minute” response in myself, one of those being Ramirez’s reactions to these events. I don’t know if this makes me a weiner, but if I was actually witnessing items flying around the room there is only so much I would be able to take before I left. Ramirez on the other hand gives the camera a few oo’s and aa’s while being seeminly unfazed by the whole thing. The motion of the objects is something else that makes me raise an eyebrow. The towel in particular makes me question the validity of this video as you can see the towel is being pulled from a specific point which in the past has been a tell tale sign of fishing wire being used.

Either way this video is on fire and we want to know what you guys think about the video.

Posted by ParanormalWarehouse.com on Tuesday, August 1, 2017

(Visited 54 times, 1 visits today)
Share this with your friends! 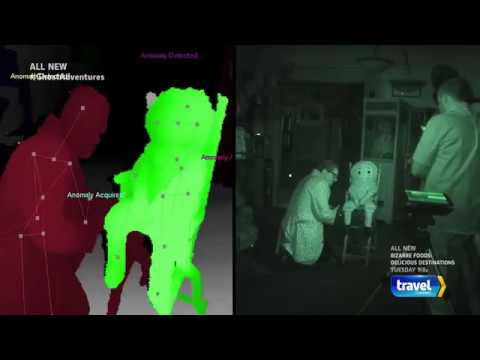