Tricycle Moves On Its Own During Paranormal Investigation

A creepy piece of footage was captured during a tour of the infamous Ashmore Estates. Located in Illinois, this poor house turned mental asylum is a paranormal hotspot for paranormal investigators.

“Did That Just Move!”

While filming in the location Lee Kirkland, 40, captures a tricycle seemingly moving on it own. What makes this footage even more compelling is that the tricycle is mentioned directly before the movement is caught on tape. Originally using the tricycle as a trigger object, it seems as though the child’s toy had indeed coerced interaction from the other side. 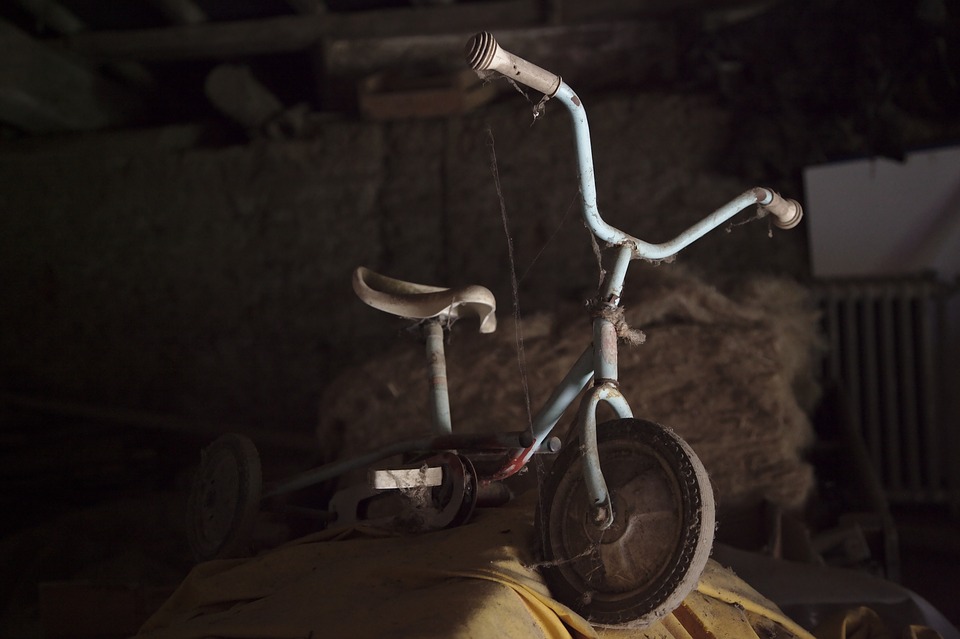 “It Was A Pretty Creepy Piece Of Video For Sure”

Kirkland commented on the experience by stating: “I was making a joke to Nick and I was saying that he was going to get on the tricycle and ride it around.

“Then I pointed the camera down at the tricycle, and it moved on its own. It was a pretty creepy piece of video for sure.

“Ashmore estates is a very old poor house, which is what it originated as.

“There’s a lot of alleged spirits there in that area, and one of them is supposed to be a little girl who is attracted to these objects.

“The tricycle is something that has been reported before on the estate, and that’s why they put these trigger objects in there specifically to this area of the estate.

“They had different objects moving in there. I think they had a small ball and a kid’s doll and a tricycle, stuff like that.

“A lot of people didn’t see it at the time. I reviewed it and showed it to people at the end of the night, and they were all pumped up.”

“We Must Question The Tricycle!”

While this seems to be a compelling piece of evidence, we must also question if this event was paranormal or not. With so many people walking in there may have been a logical explanation for the movement of the tricycle. We would love to see more experimentation in the location to see if this strange anomaly could be re-created. What do you think of this alleged paranormal evidence? Let us know in the comment section below.

If You Found A Secret Door, Do You Walk Through It?

Clown Doll Moves On Its Own