We have some exciting news to share with the paranormal community!  President Trump has picked a Ghost Hunter for a Federal Judge position!  Now, we hardly get political when writing articles for Paranormal Warehouse, but we felt this was pretty exciting to talk about!

Brett Talley, 36, is a part of the Tuscaloosa Paranormal Research Group and has his own horror blog that he writes for when he is apparently not ghost hunting.  Like any other paranormal group, the Tuscaloosa Paranormal Research Group looks for the truth of the existence of all things paranormal and helping those who might be dealing with paranormal activity themselves.  The group offers their services for free and is committed to using a scientific approach when investigating paranormal activity.  Mr. Talley is also an accomplished horror writer, with his first book, That Which Should Not Be (2011), being nominated for the Bram Stoker award. 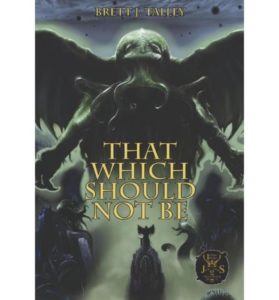 Unfortunately, it sounds like Mr. Talley is more qualified as a Ghost Hunter than he is a Federal Judge.  According to BBC.com, Mr. Talley who is an Harvard-educated lawyer was unanimously deemed “not qualified” by the American Bar Association to serve an appointment on the US District Court for the Middle District of Alabama.  According to analysts, Mr. Talley was approved last week by the Senate committee on a party-line vote and is awaiting confirmation by the full chamber soon.  Also according to BBC.com, his nomination is part of President Trump’s efforts to expand the presence of conservative jurists in American courtrooms, say analysts.

David Higdon, is the founder of Tuscaloosa Paranormal Research Group and is also the co-author of Haunted Tuscaloosa with Mr. Talley.  Although David co-authored with Mr. Talley, he claims he never actually investigated locations with him.

I guess time will tell if we get our first ghost hunter as a federal judge!  Stay tuned…

The Light at the End of the Tunnel