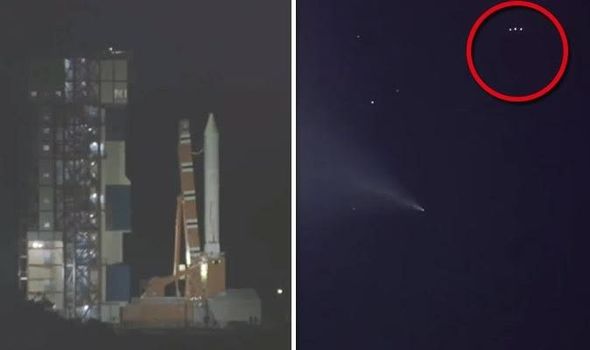 More and more every day I am seeing Youtube videos and internet articles about another possible UFO sighting.  So why not add another to the bunch?

On January 18th, the Japanese launched a rocket sending a satellite that will monitor the Earth’s atmosphere.  The launch took place on Kyushu Island in Japan.

Shortly after the launch, conspiracy theory channel UFO Today uploaded a video on YouTube showing what seems to be an unknown object passing the Epsilon 3 rocket during its launch.  From watching the video uploaded by UFO Today, it appears that after the rocket engaged its secondary boosters, the so-called UFO appears apparently at the same altitude of the rocket.

The so-called UFO is seen having three white lights and a red flashing one, which is obviously similar to a plane.  UFO Today claims that during the launch, there was a no-fly zone in place.

What do you think?

Bridge To Another Dimension