Have you ever experienced something that makes you say… HOW!? What events took place to allow something so bizarre to exist?In our increasingly strange world these events and places are becoming few and far between, but if the odd and macabre is your thing, a great place to start is the Winchester Mystery House. Going back to our original questions of how? How did this incredibly strange structure come into existence our story begins with an unlikely origin?

The Winchester Rifle was brought into production in 1866 by the Winchester Repeating Arms Company. At the time the Winchester Rifle was considered to be the “Bee’s Knees” allowing the shooter to fire multiple shots from a single clip. Although this design was not completely original, many would say it was perfected by the Winchesters. Needless to say, the Winchester family made a boatload of cash having sold millions of their rifles. Fast forward a couple of years to the unfortunate death of the current owner of the rifle company, William Winchester, who passed on March 7th, 1881. Williams widow Sarah, who had also lost an infant, was stricken with grief and sank into a deep depression.

Desperately looking for answers, stories say Sarah met with a medium from Boston who was able to summon her husband from the grave. A message from her husband instructed Sarah to move from her New Haven home out west where she would construct a mansion to not only house herself, but the spirits of the men and women killed by the rifle which brought their family such fame and fortune.Being an heir to the Winchester fortune, Sarah inherited 20.5 million dollars after William’s death along with nearly 50% ownership of the company giving her an income of around $1,000 a day. In today’s economy, this would equal out to around 23,000 a day…. DAMNNNNN

With this basically endless income, Sarah would begin the construction of her lifelong obsession. The construction of the Winchester Mystery House began in 1884 on 525 South Winchester Blvd San Jose California. Carpenters were hired around the clock turning the Queen Anne Style Victorian home into a twisted nonsensical structure. Eventually becoming a 7 story mansion, the structure became filled with numerous oddities such as doors and stairs that go nowhere windows overlooking other rooms and stairs with oddly sized risers. Many attribute the bizarre designs to Sara’s insanity, driven by her loss, but others say Sarah designed the home this way to confuse and escape from the many spirits who fill her home. The construction of the mansion finally stopped the day Sarah Winchester died on September 5th, 1922. Although the mansion is no longer 7 stories due to an earthquake, you can now visit the home along with its 161 rooms, 40 bathrooms, 2 ballrooms, 47 fireplaces, 10,000 panes of glass, 17 chimney, 2 basements, and 3 elevators. Who knows, you may also be visiting Sarah Winchester and the many souls who died by the same rifle that allowed the very mansion you would be standing in to exist.

(Visited 1,239 times, 1 visits today)
Share this with your friends! 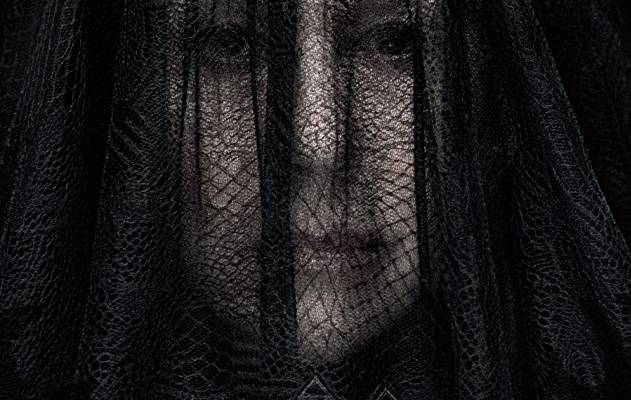 Winchester Mystery House Gets A Movie